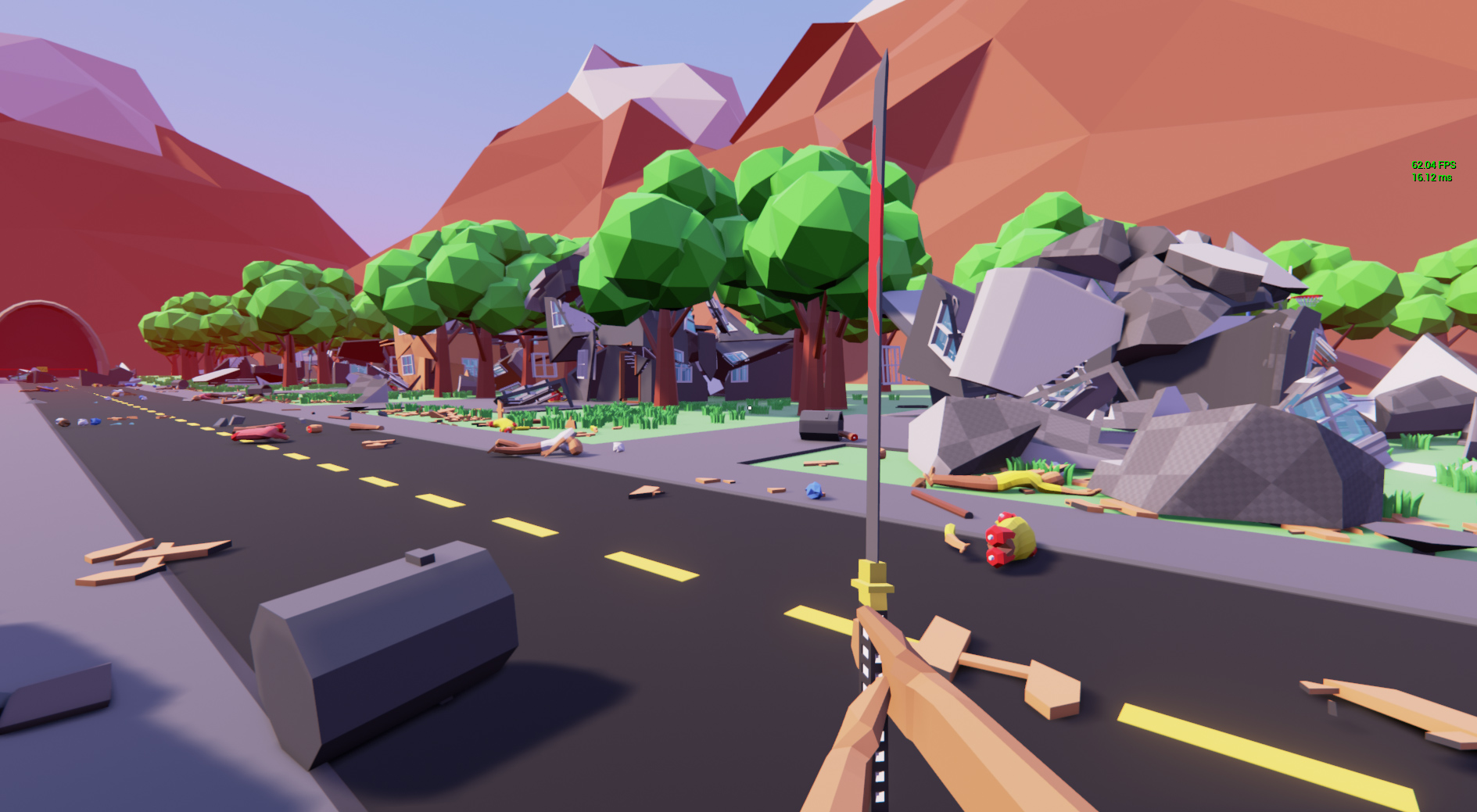 Garbage Day is an open-world sandbox title on Steam Greenlight that sticks players in a seemingly endless time loop that can in fact be broken. (But how?)

The basic premise is similar to the hit Bill Murray comedy Groundhog Day except, you know, the whole shooting people’s heads off thing. And slicing. You can slice limbs off and there’s a gif to prove it. Grim as that might sound, the graphics are crude in an endearing, low-poly way.

“When you wake up you still know the information from the previous day and this influences the dialogue choices,” reads the description. “Be a ruthless killer or become the friendliest neighbor to have ever walked the earth. Nothing matters when you’re stuck in the same day for eternity… But maybe there’s a way out.”

I’m hopeful it will be possible to complete Garbage Day without resorting to violence (though I’m totally going to do that initially). This trash isn’t going to take itself out!