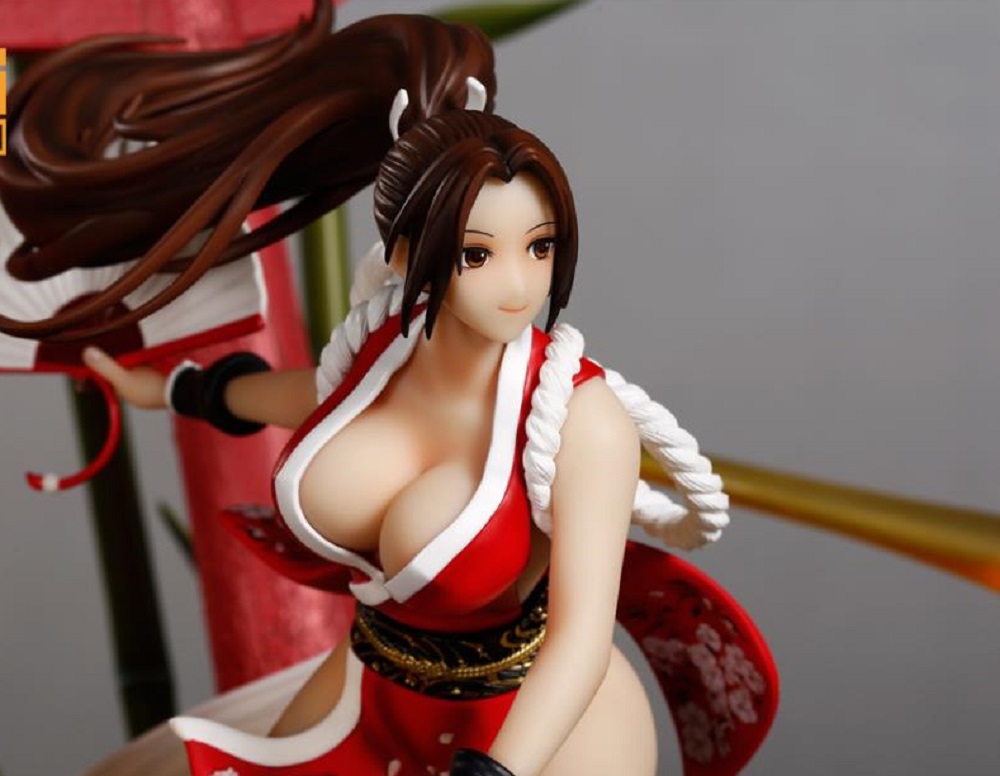 The 2018 Comic Exhibition took place in Tapei last week and among the various toys and collectibles on offer were a selection of figurines based on SNK’s King of Fighters series.

Iori Yagami, Kyo Kusanagi and the always-welcome Mai Shiranui are the three characters who have been immortalised in 1/8 and 1/6 scale figures by manufacturer Gantaku. All the figurines on display feature colourful, translucent flame effects and feature the veteran characters dynamically posing in their classic outfits.

Also on display was the prototype of a a two figure diorama, featuring longtime foes Iori and Kyo going head-to head in battle, wearing their modern outfits from the excellent King of Fighters XIV. The models are available for pre-order now from various outlets. Classic Kyo and Iori will retail for around $160 each, but the 1/6 Mai statue is limited to a run of 1500 and will set you back a much heftier $550. Yikes.

The King of Fighters XIV is available now on PS4 and PC.