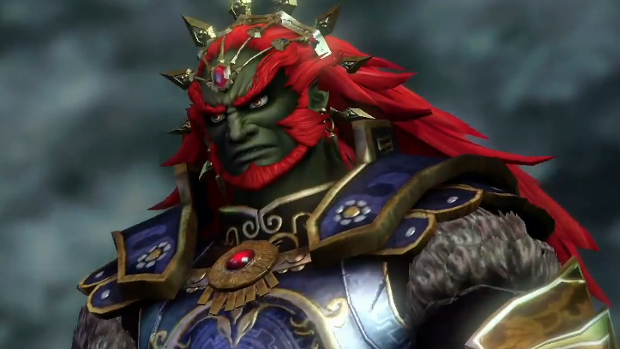 Those flowing red locks rival Amarant, whom I always thought was some sort of chicken man rather than a pasty dude with red dreads, but whatever.

In a nice appeal to nostalgia, Hyrule Warriors also has an Adventure Mode that plays out in grids that look like Zelda‘s original NES iteration.

Also, “Club Nintendo members who buy and register Hyrule Warriors within four weeks of launch will receive a set of alternate Ganondorf costumes as free in-game downloadable content.” Nintendo’s catching up (via Koei).