My Melody headed to the finals

Over in Japan this weekend, players fought it out in arena Nintendo Switch arena-shooter Splatoon 2 in the second semi-finals of the Sanrio-themed splatfest. This week saw My Melody face off against Pompompurin.

When all the feudin’ was done, bandanna-sporting rabbit My Melody grabbed the brass ring, taking a 2 – 1 victory over the friendly… dog(?) character. In what is become an oddly popular pattern in recent months, Pompompurin won the popular vote, but My Melody fought back to take both Solo and Team Play points.

My Melody will now go on to face company figurehead Hello Kitty in next week’s Grand Finals. Both finalists were picks of the Queen of the World, Pearl, so chances are she’ll have to free up My Melody to give Marina a horse in this race, or rabbit, or thing.

The Sanrio splatfest finals will take place in Splatoon 2 on June 2. 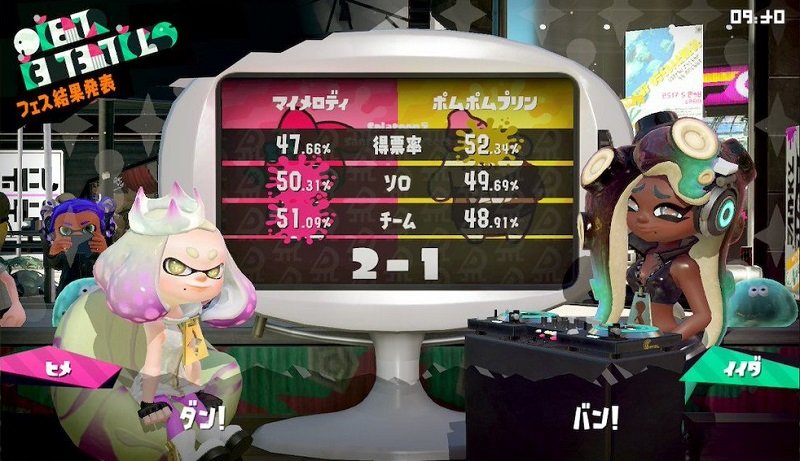