I stand proud and tall with the microphone in my hand. The crowd cheers in front of me, swaying back and forth in an odd, hypnotic pattern.

The lights come up. The music starts playing.

My melodious voice echoes throughout the giant arena as my legion of fans boosts me to an easy platinum record.

I am a superstar.

Although this sounds like a description of a live performance at , it is actually what I experience every Friday night … in the comfortable confines of my own living room.

My name is and I am addicted to Karaoke Revolution. 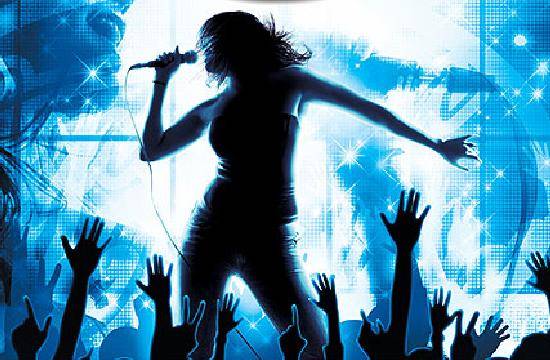 The Origins of Karaoke Revolution

Years ago, when Konami released the first game in the Karaoke Revolution series I had absolutely no interest in it. At its very best I thought it would be a shallow gimmick and at its worst I figured the singing mechanic would be severely broken.

But I decided to grab a friend and try it out one brisk Saturday afternoon.

I have not been the same since.

You see, I like to sing. I am not good at it at all, but I like to do it. In the shower, while driving my car, when working out in the gym — heck, even when I am walking down the street. You can always hear me at the very least humming a catchy tune.

And don’t even get me started on real life karaoke. I would push down an old lady in the street to get to a karaoke bar. I love it that much. And I don’t even understand why! Karaoke is cheesy, it is not very fun to listen to other people sing, and, oh, did I mention it is RIDICULOUSLY CHEESY?! But, for some reason, I seem to like it … a lot. In fact, I have made two rules of karaoke that I make sure everyone I know sticks to:

1. Don’t close your eyes when singing.
It makes you look way too serious. You aren’t Celine Dion.

2. The mic has to remain parallel with the floor or lower.
Please, for the love of God, don’t be the guy (or girl) that leans the mic up so the back part is facing towards the ceiling and the front part is resting against your lips. It is obnoxious.

See? I take my karaoke outings very seriously. That is why it must come as a surprise that I wasn’t that excited about the original Karaoke Revolution.

Again, it had a lot to do that with the fact that I thought the game would just not work. And how could a console game recreate the same experience of singing at a real karaoke bar? Getting drunk on cheap beer, eating greasy potato skins, laughing at horribly bad singers.

Wow, was I wrong. 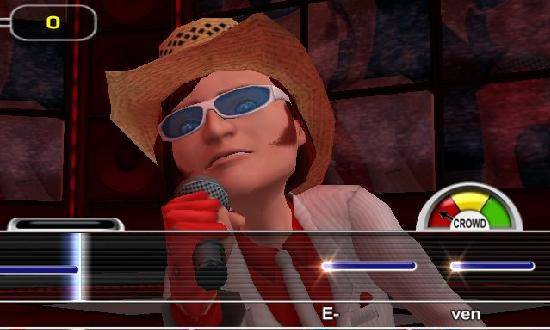 The Art of Karaoke Revolution

Once my friend and I were finished playing I was obsessed.

For anyone out there that hasn’t played any of the Karaoke Revolution games (of which there are assumedly many), let me tell you how they work:

You start the game by selecting a character. In the early games, you could slightly tweak the outfits or hairstyles of your avatars, but as the series progressed you could take a picture of yourself with the PlayStation 2 EyeToy and map your actual face onto your virtual character. Oh yeah, it is freakin’ amazing.

After choosing your character, you then choose a song and venue. Every version of Karaoke Revolution features around 40 songs (give or take a few), with a handful extra that can be unlocked as you play. One of the best parts of the Karaoke Revolution series is the wide variety of songs available on each game: Rock, R & B, oldies, country, jazz. There really is a little something for everyone.

Once the song is selected a venue must then be decided on. You can rock your voice in a small club or belt out in a giant arena. Even cooler, depending on how good your performance is, the background will actually change. For example, if you sing well on the beach, a giant killer whale will leap from the water, send out rainbows and colored lights to the sky, and then gracefully dive back into the sea. Amazing.

Even though I originally thought it would be the worst part, the actual singing in Karaoke Revolution is where the game shines. Instead of just randomly singing the song, making sure to not miss a beat, the game actually measures your pitch and scores you accordingly.

A little arrow will move up and down the screen depending on your pitch. Sing high and the arrow moves up, sing low and the arrow moves down. As the song is playing a line signifying the actual pitch of the song moves across the screen. The object of the game is to make sure your arrow lines up with the line of the song. If you waver too far outside the line’s path the song will stop, the audience will boo, and the game will end. That’s right; the game boos you when you are bad. I can’t even count how many times I have wanted to do that to someone in real life.

This mechanic even helps the player with his/her real singing by helping them learn the actual notes and lyrics of a song. Never again will I sing “” the wrong way. Thank you for that, Karaoke Revolution. 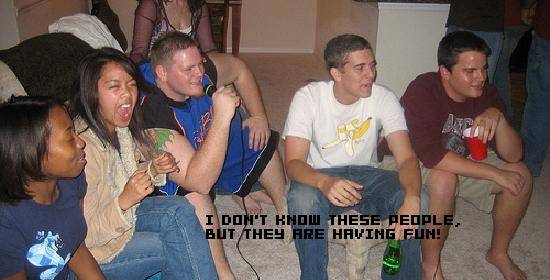 The Harmonious Power of Karaoke Revolution

Nothing is more embarrassing than playing Karaoke Revolution all by yourself. I still do it (a lot!), but it doesn’t mean I am comfortable doing it. I will be in the middle of the rousing chorus of “I Believe In a Thing Called Love,” randomly look over, and realize that I am all alone. And dancing. by myself.

It is pretty humiliating.

That is why I try to play it with friends as much as possible. Yet another reason that Karaoke Revolution is amazing: I have not met a single person (videogame or non-videogame player) that hasn’t fallen in love with the game when playing it in a big group. It really is that addictive.

You have not lived until you have experienced one of my epic Karaoke Revolution parties.

And, yes, it is as horribly nerdy as it sounds. 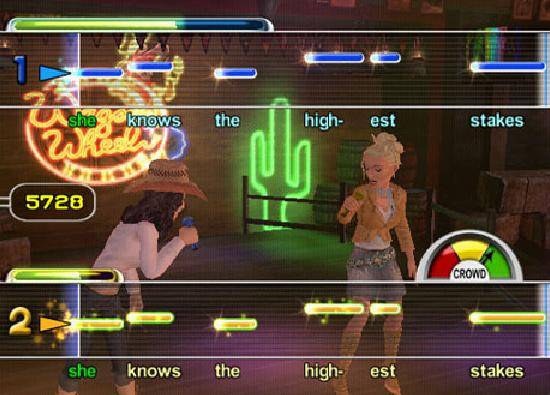 You would think that after all this I must have finally given up on my Karaoke Revolution and moved on to the bigger and badder Rock Band. Singing and playing instruments? Best combo ever, right?

Oh, also, the Karaoke Revolution games have now paired up with American Idol (complete with actual judge’s critiques). Once I heard Simon Cowell say I was “what this competition is all about” after bringing the virtual house down singing “My Heart Will Go On” I was sold for life. Sorry, Rock Band, you are not going to (to the people that got that joke: I love you). 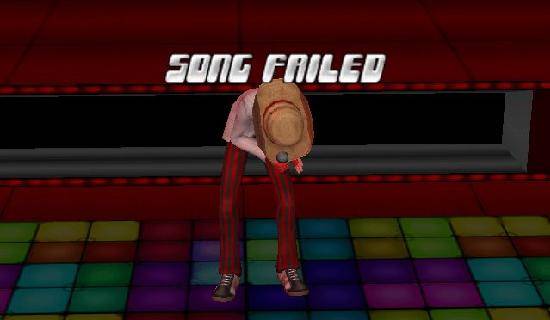 Am I embarrassed that I am so obsessed with Karaoke Revolution? Oh, God, yes. Just the other day the “cool guys” that live in my neighborhood decided to stop by once they overheard I was having a party. When they walked in with their backwards baseball caps, Miller Lites in hand, my friend was singing at the top of his lungs to the newest iteration of Karaoke Revolution on the Xbox 360.

Needless to say, the “cool guys” left after staying for only a couple of minutes.

But screw them! In fact, screw all the “cool” people of the world. When I am playing Karaoke Revolution, I am a superstar.