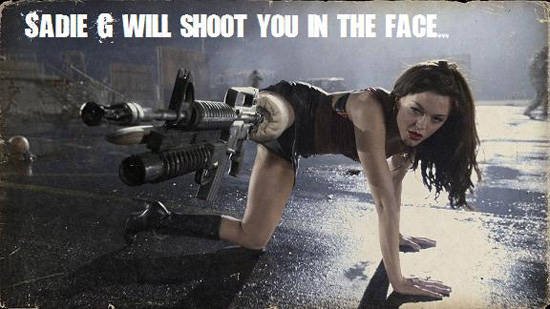 [Editor’s note: Sadie G is one tough girl. But there’s a softer side to her and she reveals that side to us as part of April’s Monthly Musings. — CTZ]

We could sit here and debate the girl gaming phenomenon for a few days or you could just bypass everything you think and know of the subject and just focus on the fact that as “tough” as I might be, I enjoy a lot of games that are typically marketed towards girls. Must be because of the whole having a vagina thing, I don’t know.

But it’s a flaw that I don’t proudly advertise all of the time. But what the hell, guilty pleasures are all about revealing a side of yourself you would consider a little embarrassing. Mine happens to be that I love games that include words like cooking and fashion. Everyone knows this side of me that loves shooting people in the face, but you might not know that behind the gun, there’s a girly girl.

Let me let you in on the softer side of Sadie after the jump. 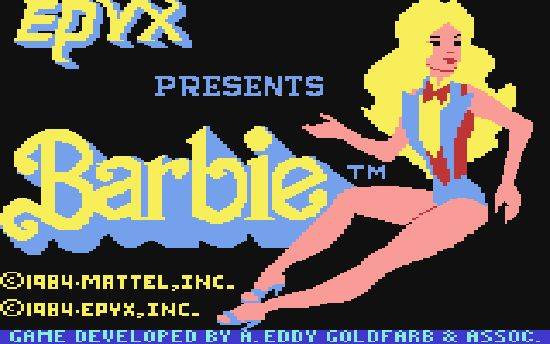 Let’s take it back to what started it all for me. The first game I can clearly remember playing is this Barbie game for the Commodore 64. I had to be about three or four and all I would do was play this game. I’m pretty sure the object of this game was to dress Barbie up according to whatever the date was that she was going out on. I think there was a small portion where you drove the car to the store avoiding some potholes or something along the way. Whatever the case, this game had me hooked onto fashion and creating the perfect outfit for Barbie so she could impress Ken. I don’t know why she had to impress Ken but dammit she was going to! Instead of my dad showing me the proper ways of gaming with Operation Wolf, he gave me Barbie and thus my life of girly games began. 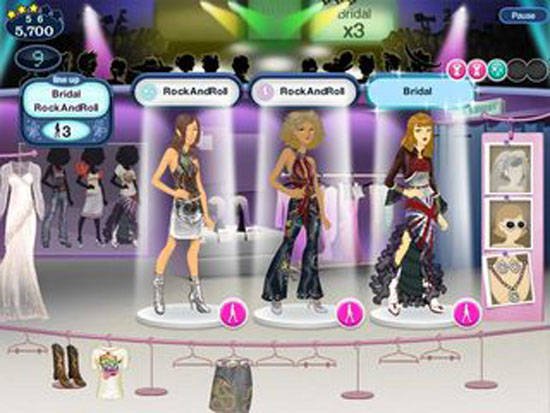 I’m a bit of a Fashionista. I love everything about Fashion and had aspirations of being a designer one day until I realized that I sucked at sewing and measuring. So I live out those dreams in videogames. There seems to be an good foundation of fashion flash games that I’ve found around the net to satisfy my thirst for making the perfect outfit. One such game that I really hate admitting that I love is Jojo’s Fashion Show.

This game has me addicted to the point where I’ve played through it in its entirety about 20 times. Every time I play it, it’s practically the same game but I keep challenging myself to make different combinations or to not start a new level until I’ve uncovered all the unlocked items. Every single outfit I make has to reach a certain point level. 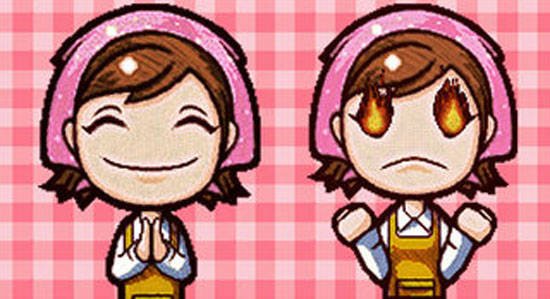 I think the reason why I love cooking games so much is that it allows me to enjoy cooking without cleaning up afterwards. I think that’s the worst part of cooking: dishes and cleaning up.

Cooking Mama seems like a stupid game at first but it’s actually really enjoyable. I own every iteration of the game for the DS and Wii. When Mama tells me I did better than her, it makes me giggly and happy. There’s nothing more satisfying than cooking a great meal and scoring a perfect 100. Cooking Mama 2 was even better because when I finished making something yummy it rewarded me with new wallpaper and new outfits. It was like they combined all of my favorite elements into one game! 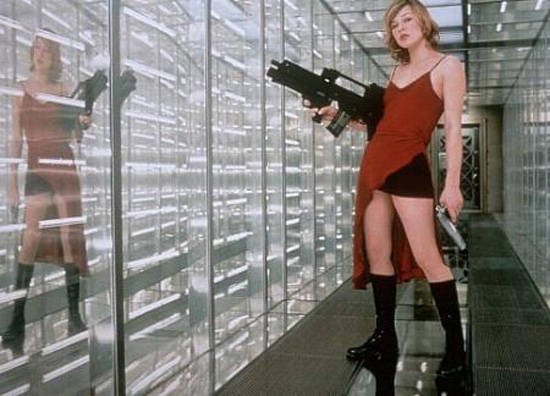 The reasons why these are guilty pleasures for me is because I’ve been perceived by a lot of you as this girl who just shoots people’s faces off. Granted I am that girl but there’s also a large part of me that enjoys simple games with no real meaning or objective. I’m not always trying to shoot and stab people. Sometimes it’s just nice to relax with a game that doesn’t have any blood or bombs in it.

So when I’m not shooting people’s faces off, you can find me mixing and matching fabric or combining quiche and custards. But don’t let this new image of me fool you … I’ll still shoot your face off and laugh while doing it.