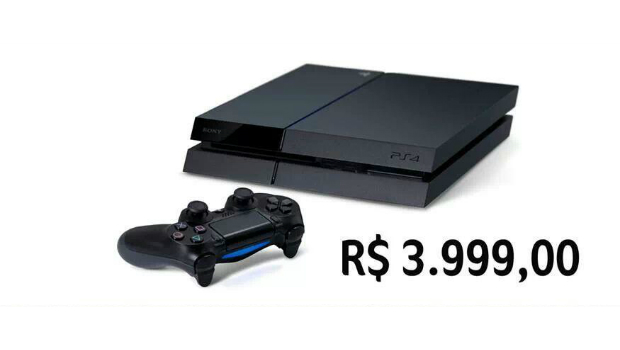 [Dtoid community blogger jorgeill shares his experience as a gamer in Latin America. Want to see your own blog appear on our front page? Go write something! –Mr Andy Dixon]

In the light of the recent pricing of the PS4 in Brazil, many gaming news sites have been writing about how expensive the overall package is. This probably would have been a small ripple on water if it wasn’t because of Sony — who is efficiently pushing its brand and the PS4 on its own in Latin America — took upon themselves to explain thoroughly how the suggested retail price of $3,999.00 came to be.

Sony is the first of the big three console manufacturers to promote and sell their products on their own in Latin America, while Microsoft and Nintendo generally leave that up to retailers to do the work while promoting themselves with occasional TV commercials. So now I’m sharing my gaming experience in my 25 years living in South America and how much it has changed over the years (mainly in Ecuador and Peru).

Tax rates wildly vary from country to country, but import taxes around every area always increase the price of the final product significantly. These price increases depend a lot on what type of government these countries have. Governments who have a strong disdain for consumerism and 1st world countries view “imported games/imported tech” as an expression of being monopolized/colonized by other countries (see Ecuador, Venezuela, and Bolivia, among others) and tend to tax way more for imported technology than those who are more open to a free market trade (see Colombia, Peru, and Chile, among others). For example, Ecuador is closer to the United States than Peru (its neighboring southern country), but the Ecuadorian government have various strong restrictions for tech imports so I’ve seen the Wii U basic model being sold at retail launch for $1,200.00 in Ecuador, but in Peru it was sold at $700.

When I was young, videogames where expensive due to reasonable import taxes, but not a rich man’s luxury. I still was able to buy games at a moderate phase and temporarily trade games with my friends without having my country’s government (the Ecuadorian government) call people who buy videogames a “pelucon” (slang for bourgeoisie/entitled rich people). Some Latino countries benefit from smart up businessmen and women that have tactics resembling a bazaar style place where various small booths sell the same items and benefit from a centralized area where to buy games, so they all have the same and fair prices, and a larger variety. But these places are mostly non-existent, and if you want to buy new or even used games you have to resort to retail stores.

The chart presented by Sony not only shows how much Brazil taxes imports, but shows a similar tax structure for other countries of the region

Unfortunately, retail stores really don’t seem to care or understand games, rather, they just sell “luxury items”. I remember around the PS3 launch cycle hearing the owner of GameMart (a local retail store) saying how Uncharted is a game that clearly won’t sell, and that it looked boring. While it’s perfectly fine to not like a game, it was a little strange that a retailer wouldn’t see how much buzz was being built over this game months after being released and didn’t take advantage of possible substantial revenues. Most of the times the variety in these retail stores is minimal due to completely out of touch owners and a small gaming culture. Your Call of Duty, Fifa, and the main Super Mario games are the only games to arrive closer over their release dates; for other games you just hope they eventually get where you live because the chances of getting a larger variety of games tend to be largely delayed, and sometimes they don’t even get there. I remember years ago asking retailers if they would get Sin and Punishment: Star Successor but unfortunately it never got here.

With the focus on selling technology and not offering a blend of tech and entertainment, retail stores take advantage from the fact that gaming culture in Latin America (while bigger than before) it is still a very small minority. Parents that buy games for their kids don’t know how games depreciate over time (last month I saw a copy of Super Mario Galaxy 1 at $70.00) or how some games don’t cost $60.00 and that developers sell it at a lower price in order to sell more. For example, this week I saw Game & Wario and Pikmin 3 both being sold at $90.00 when Game & Wario was clearly retailed way cheaper by Nintendo due to its smaller amount of content. So retail stores just try to sell old merchandise at higher prices and benefit even more from games that are really not that expensive. And because gamers are still a vocal minority, retailers try to cope with all the import taxes and technology taxes by not caring about market fairness.

Videogames are now so incredibly expensive in Latin America, most people resort to the easy access of hacking their consoles and also buying pirated games from easily-accessed stores that seem to never suffer any form of penalty or fines for publicly selling pirated material. During the GameCube and PS2 years, my brothers and I got a GameCube and bought games with moderation, but eventually we caved in and got a used PS2 for $100.00 with a chip that allowed us to play pirated PS2 games. We got pirated games down at the DVD store, where absolutely everything sold is pirated, for $5.00. It was definitively not my finest moment as a gaming aficionado, but it was all so tempting and easy to get.

These stores are very common. They sell pirated movies and games incredibly cheap ($3.00-$5.00) and operate like a regular retail store with no legal implications

Most people I know (including myself) now import from Amazon, eBay, and whatnot, so they can avoid some of the import taxes, tech taxes, and extra costs retailers put outside their regular revenue. But this is only a temporary solution; other companies should do what Sony does and actively participate in the branding process in Latin America because it is honestly non-existent. We don’t have events like E3, GDC, TGS: just small local and individual-made efforts to latch onto some tech or hobby-convention in the hopes of finding people interested in games.

Even with all these problems, Latinos who play videogames are a very happy and passionate crowd. I’ve been to the collector’s Valhalla, a five-story mall named “Arenales” in the capital city of Peru (Lima), where stores upon stores of collectible action figures, comics, anime, and videogames new and old are being sold to people who would just swarm and be happy just to be there, buying and looking at the whole spectacle. Mario Castañeda (the man who dubbed Goku’s voice for the original Dragon Ball Z airings) is considered a well know celebrity, and people still get excited for any new gig he may have in the works (consider him a Latino David Hayter).

I still gather with old friends now and then for some beers and to play some Donkey Kong Country 2, Mortal Kombat, Mario Kart, and whatever one of us just recently got. We are many, and awesome people, we are just a little dispersed around the continent, that’s all.