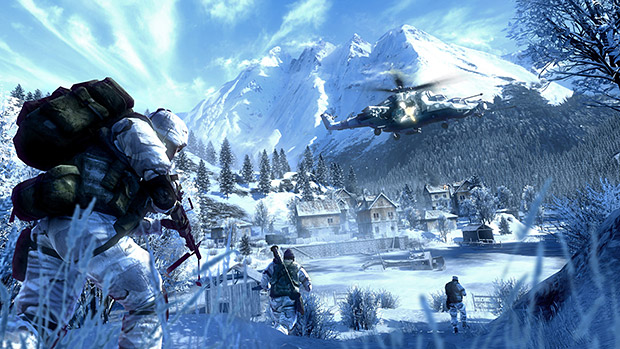 Season three of GameTrailers TV kicks off on Spike TV this Thursday night at 12:30 AM EST (technically, that’s Friday morning, if you’re confused), and it’s going to provide an exclusive reveal of the single-player campaign of EA DICE’s Battlefield: Bad Company 2. Thanks to November’s PS3 multiplayer beta, we’ve seen what the ambitious online experience looks like. But now, we’ll be getting a taste of the new adventures of B-Company, with over ten minutes of previously unseen footage.

As you can see from the teaser above, tomorrow night’s episode will also include a new clip from Halo Legends, the Halo anime. Watch the episode, and then check Destructoid next week — Hamza has already brought you his impressions of the BFBC2 multiplayer component, and he’ll be posting a single-player preview as well as a developer interview on Monday, January 25th.