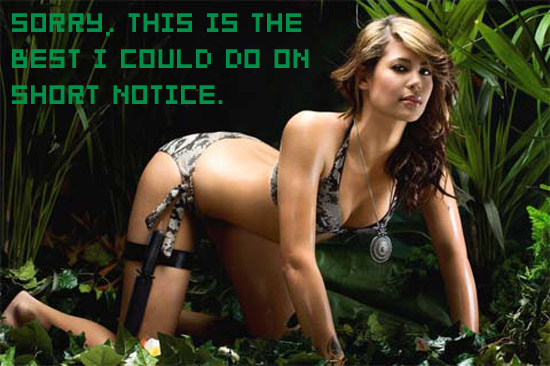 GameTap recently launched a new animated shorts series where influential and highly stylized artists and writers have the chance to give their favorite games a reimagining of sorts. On the waiting list of creators is Jim Lee, Warren Ellis, Brian Pulido, Gail Simone, Michael Stackpole, Ivan Reis, Cully Hamner, Christos N. Gage, Louie Del Carmen, and David Alvarez, each of who will have their own episode(s) for the series’ debut, Tomb Raider.

The first set by Aeon Flux creator Peter Cheung is already up and surprisingly good. By good I just mean violent, as it gets a little too weird at the end for me. Still, Minnie Driver makes for a sexy Lara Croft (her voice, at least), but much like sex with Ron Workman, it’s over before you know it and you’re not really sure if you liked it or not. Luckily it’s free and slightly better if you’re intoxicated or unconscious.

It will be interesting to see how indeavor all turns out, and what other famous games might be getting the Re/Visioned treatment …

[Joe Burling approves of this tip, but not gay sex.]