It could’ve been called ‘The Remastered’ bundle 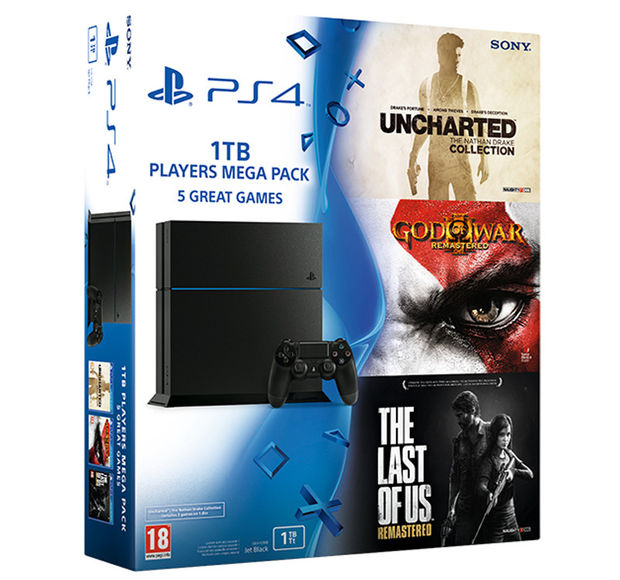 Scheduled to release on November 30, 2015, the bundle includes a 1TB console, The Last of Us Remastered, God of War 3 Remastered and Uncharted: The Nathan Drake Collection.

No, I’m not paid to tell you about this. No money or gifts have been offered nor received. Just sharing good deals as I find ’em, particularly as the holiday season is coming and a 500GB console alone is typically £300!

Let me know if you’re tempted by this deal!