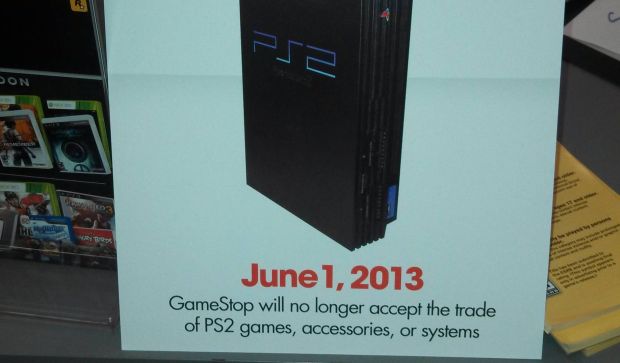 That goes for games, accessories, and systems

GameStop will stop taking in PlayStation 2 systems, games, and accessories starting on June 1, 2013. A poster on Reddit snapped the above picture, and I’ve since confirmed with a number of stores and employees at different GameStop locations that they will indeed stop taking in anything PlayStation 2 related starting next month.

The PlayStation 2 was the final last-generation system that GameStop stores were taking in, as the chain had stopped accepting GameCube systems early last year, and Xbox consoles a few years prior.

The PlayStation 2 has sold 150 million units worldwide since it was released over 12 years ago, with over 10,000 games created for the console. Sony themselves stopped PlayStation 2 system production worldwide earlier this year.