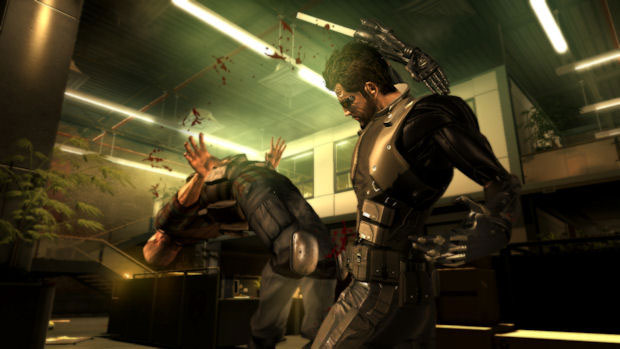 OnLive partnered with Square Enix for a pretty cool promotion for Deus Ex: Human Revolution. Buy a retail copy of the game for PC, and you’ll get a free cloud-based version of the game that you can play using the OnLive service. Unless, of course, you purchased Human Revolution from GameStop.

GameSpy has confirmed that the mega-retailer has asked its stores to intentionally remove the OnLive coupon from boxed copies of Human Revolution. This comes after reports from a handful of customers who noted that their new games were opened, and the codes were missing.

“Square Enix packed the competitor’s coupon with our DXHR product without our prior knowledge,” said GameStop public relations representative Beth Sharum, “and we did pull and discard these coupons.”

Just… wow. While it’s understandable that GameStop might feel threatened by OnLive and this promotion, they make no bones about not looking out for their customers first in this case. Which is unfortunate, since they’d already have pocketed the $49.99 for Human Revolution, and now they’re simply making themselves out to look like bullies.

Whether this will truly affect GameStop’s bottom line is questionable; the retailer is such a monster, and its customer base so wide and varied, that this may blow over without noise beyond the enthusiast gaming press. But as a gamer (and one who doesn’t even buy physical PC games from the retailer), I’m seriously questioning supporting GameStop’s business in the future after a stunt like this.

It should be noted that some GameStop customers are reporting that the code was included with their copy of the game. This isn’t shocking, considering the directive came from above and was sent down to the store level. It’s possible that a number of employees were either dismissive of the request, or simply too lazy to follow through. Having worked for the retailer for many years in a past life, either of those two scenarios seem likely.