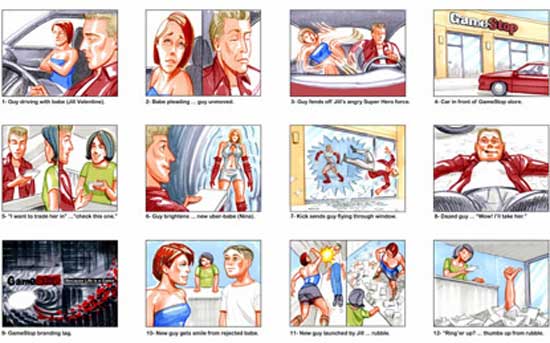 The unstoppable videogame retailer GameStop has hit a new milestone — its 5,000 th store. This new haven of the underpaid, overworked, and often ill-informed cropped up in Jackson, California today, signifying what GameStop COO Dan DeMatteo calls “a spectacular effort” by the company’s some 44,000 employees.

To those of you who think it’s miserable shopping there, it’s even worse working for them. Take it from me; the company took many hours away from my family and many years off of my life … but I did make off with about 784 over-sized videogame related t-shirts. But don’t even get me started.

For every 500 stores, though, there are those shining beacons, where the store is not only clean, but employees are helpful and (*gasp*) friendly. There’s always the hope that this store is one of the “good ones,” but things look grim for the 500 to 550 new stores GameStop Inc. plans on opening in the near future.

So who’s going to be the first one to pre-order Madden NFL 2009 at this new store? Talk about a milestone!