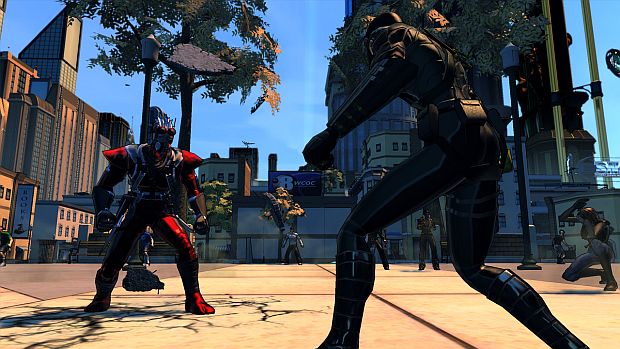 If you’re looking to play the full version of Champions Online before the MMO officially launches, then you’re in luck: GameStop just announced it’s “Early Start Program,” an exclusive bonus that grants pre-orderers the ability to rock out in Champions Online between August 28th and August 30th.

You can use this kick-start to get an edge against friends and foes or to see what kind of event Cryptic Studios can throw. You see, the program revolves around an event — one-time only, of course — dubbed the “Qularr Invasion.” During the course of the spectacle, you’ll battle the insect-like Qularr as they invade Earth. Riveting.

According to official release, the event will yield one-of-a-kind rewards that “will never again be found in Champions Online.” Sounds like a threat, right?

Champions Online launches on September 1st for the PC.