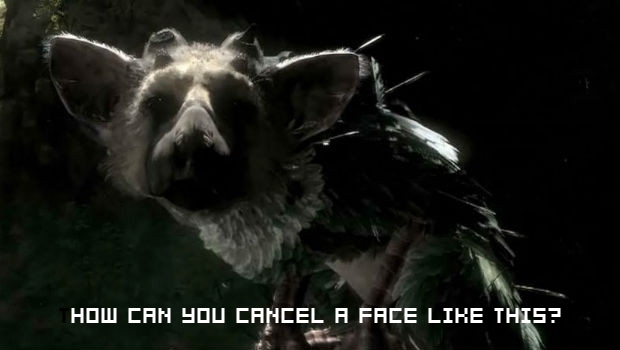 [Update 3: Sony told us the exact same thing, saying that “the game is still in development.”]

[Update 2: Sony is saying that The Last Guardian is NOT canceled. Senior director of corporate communications, Patrick Seybold, shuts this down on Kotaku: “This is not true.”]

[Update: Even more readers are contacting us to inform us of this message from GameStop. Reader Darren Hupke has a recording of this call.]

Canceled? We feared the worst when we heard that Team Ico was breaking up and going other places, but we were assured that work would continue on their next PS3 title, The Last Guardian. Canceled? I hope not.

This is far from confirmation, and we’ve reached out to Sony for comment, but we’re already hearing from Destructoid readers that are getting calls from GameStop saying that The Last Guardian has been canceled. We’ve called a few GameStop stores and have heard the same. “Canceled by vendor” is what we’re hearing.

Search the Gamestop site and you’ll get “0 results” for the game’s title.

Stay tuned. We’ll pass the official along word as soon as we get it.