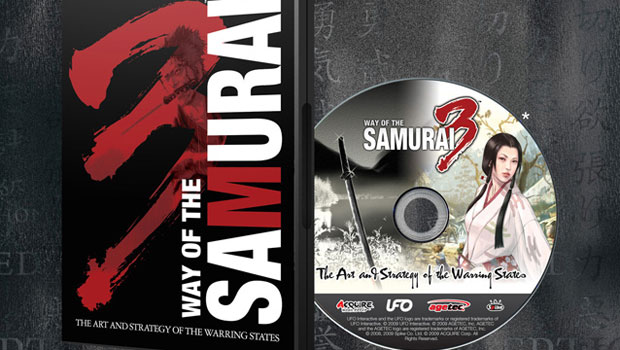 After a long wait for its release, Way of the Samurai 3 will finally be in stores for PlayStation 3 and Xbox 360 in North America on October 13. Yes, this is the same game that was released in Japan back in 2008.
Whatever the hold up was, it’s finally here. If you plan on picking the game up, you might consider heading to your local GameStop or EB Games. The game’s North American publisher UFO Games Interactive has let us know that the retailer will be carrying an exclusive bonus item — a “The Art and Strategy of the Warring States” DVD!
The disc comes in its own separate case and box, which means that it likely won’t be packed with the game. So be sure to remind your friendly GameStop/EB Games employee to give you your damned bonus item. Damn it.