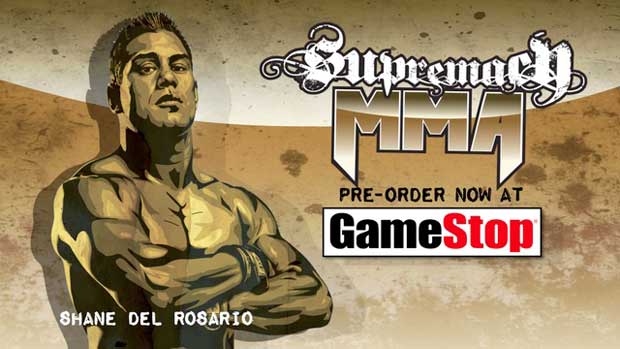 If you want to kick the ass of Strikeforce’s undefeated Shane Del Rosario… best of luck to you! I hope you have health insurance.

But if you want to kick ass as Shane Del Rosario, you’ll have to pre-order Kung Fu Factory’s Supremacy MMA from GameStop. The retailer is offering up an exclusive add-on that will make Del Rosario playable… and I guess you can use another fighter to kick his ass. But don’t tell him I’m the one who suggested that, okay?

Supremacy MMA is out in June for Xbox 360 and PlayStation 3. We’ve checked it out a few times already, and it looks like the dirtiest, most brutal mixed martial arts fighting game since Sega’s Eternal Champions.