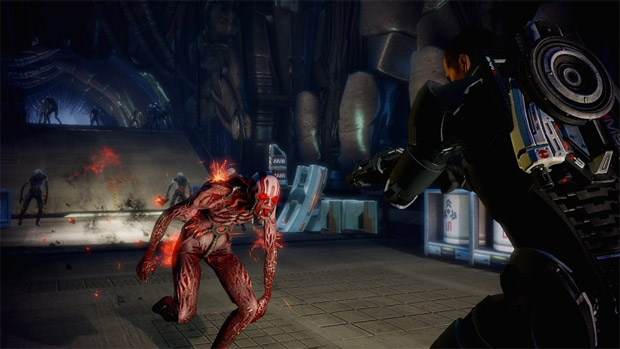 Upwards of 2,500 GameStops across the US will be absolutely out of control on Monday, January 25 thanks to combined Mass Effect 2/MAG midnight launch events. With two high-profile games being sold on the same night, you can be sure fans of shooters and sci-fi will be out in full effect.

There’s a big ol’ .pdf floating around GameStop’s Web site with a full list of the individual stores involved; get it here. We were told “some locations will give event-goers the chance to test their soldier skills with a tank building challenge, commando dress up contest, grenade launch, and other games of skill.”

People are going to injure themselves at these things, confirmed! “Most” stores will be opening up as early as 10:00 PM for the aforementioned shenanigans, and yes, the actual sale of these fine games won’t start until midnight.