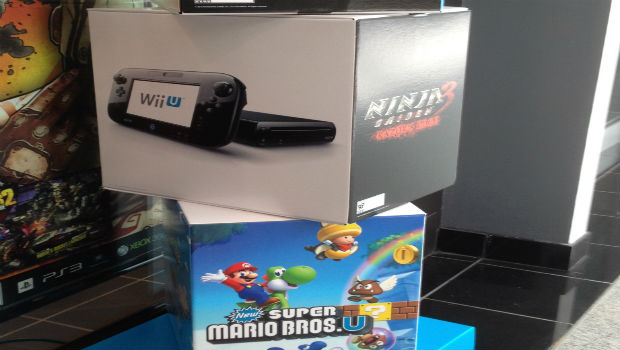 A mere few days after the official Wii U announcement, GameStop ceased taking preorders for the 32GB Wii U bundle. As of yesterday, they officially stopped taking preorders on either model — so don’t count on GameStop if you want to jam with Mario this holiday season.

While you may be out of luck if you have a lot of GameStop credit saved up, there is still hope. You can get on the waiting list at your local store for free, provided that you’re a PowerUp Rewards member (which does cost money — there’s always a catch!).

In other news, Toys ‘R Us is taking preorders on a specific bundle for the basic Wii U model. It kind of sucks, but it’s something, right?