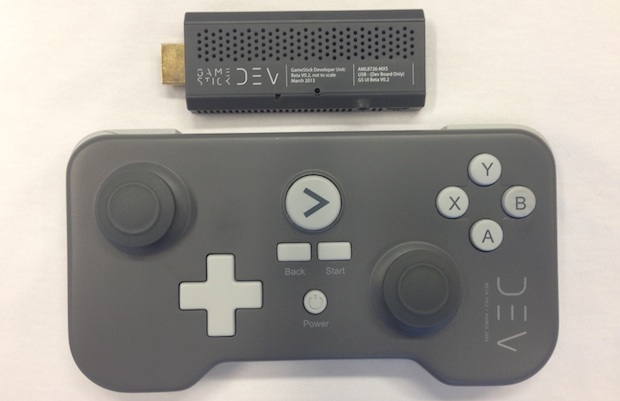 Give him the stick!

The other Android-based television gaming device, GameStick, was unveiled last night at a GDC-timed event. Aside from showing off the dev system to press, launch titles were revealed for the system.

Titles Shadowgun and Smash Cops will come pre-installed on GameStick, giving gamers something to play straight out of the box. Beyond this, their developer program has over 500 members on-board for GameStick. See below for a list of some of the GameStick launch titles.