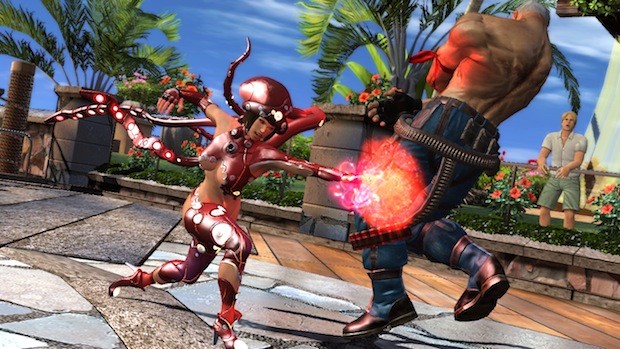 At gamescom this week we met with Katushiro Harada, Tekken chief producer at Namco Bandai, to check out some of the new additions and improvements to upcoming fighter Tekken Tag Tournament 2.

The information we covered isn’t quite as big as the gamescom announcement of online service World Tekken Federation, but there’s still some pretty interesting stuff here for Tekken fans on 3D modes, music and technique learning. 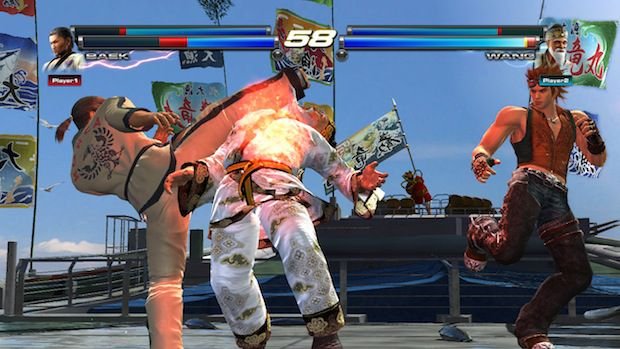 First off, Tekken Tag Tournament 2 will support 3D. Harada walked us through the game’s display settings, showing that 3D can be switched on, and the depth can be adjusted to players’ liking. He also pointed out that this is likely the only fighter that supports 3D on both Xbox 360 and PS3.

The display settings also let players adjust the display height and change the size of the damage bars. Harada tells us this feature comes directly from user feedback.

Another new menu option, Tekken Tunes, lets players create their own custom soundtracks for TTT2 by either reassigning the game’s tracks or by importing your own CDs or MP3s to the system harddisk. 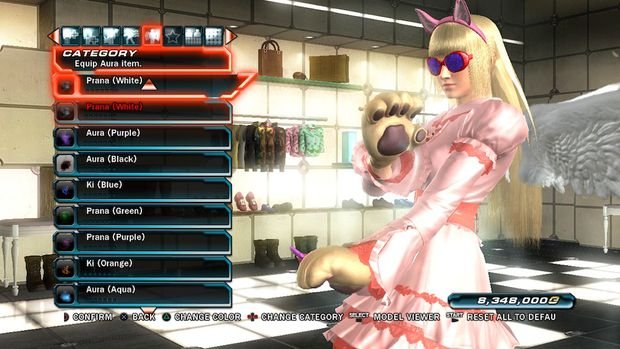 Finally, Fight Lab is a great way for beginners to learn play mechanics. It stars a robot fighter named Combot, and you’ll use it to go through hundreds of techniques to work your way up to being a proficient fighter. Harada showed us how you’ll use development points, acquired from playing through Fight Lab mode, to purchase more techniques to learn. Each time you learn a technique you will be graded with a score on your performance.

Not all moves are able to be purchased, though. Limited Moves have to be unlocked in the game, and from what Harada says, you’ll have to go through a bit to unlock them. Unlocking some may require you to rank perfectly (S-rank) in learning a technique to find it. For example, Harada says that Paul’s famous Phoenix Smash will require a S-rank clearing.

With all the techniques and skill you’ve amassed from playing Fight Lab, the mini games and the storyline, you’ll be able to customize your Combot and take it online against other players.