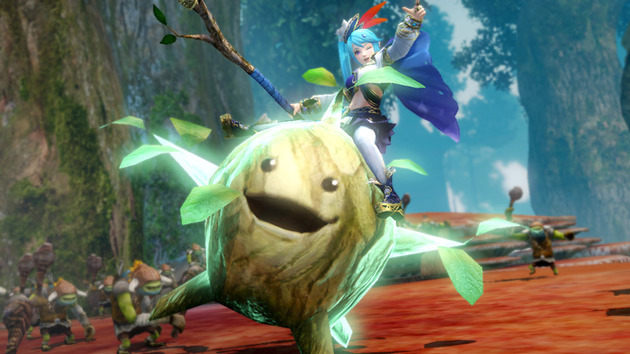 Well, yeah, there’s a lot of good stuff on the way

Recapping data provided by Amazon, MCV reports that Wii U games saw an 8.67 percent increase in pre-orders following gamescom, while pre-orders for PS4 titles were up 5.16 percent and Xbox One software reservations rose by 2.81 percent. To be clear, that’s not to say Wii U games were pre-ordered the most — just that they had the biggest percentage increase week-to-week.

Good for Nintendo, especially considering the company didn’t have a press conference prepared for the show like Microsoft or Sony. Amazon also shared data on specific games, too. Project Cars came in at number one, with a 42.3 percent increase in pre-orders, followed by Rise of the Tomb Raider, Bloodborne, Hyrule Warriors, and Quantum Break.

Mildly interesting. Most of these make clear sense given the amount of promotion they received leading up to gamescom compared to the attention they got at the expo.

Wii U pre-orders increase the most after Gamescom, says Amazon [MCV]