Larian Studios wants to include a board game version of Dragon Commander in the special edition retail release. They’re still looking to find a cheap solution for the production, as right now the options available to them are rather expensive.

I got to see a prototype version of what they’re trying to create while checking out the game for PC. The plastic pieces were made with a 3D printer, and the actual box cover was originally for RISK that they covered up with Dragon Commander art. It was just a proof of concept of course, and I’m really hopping they can pull it off.

Worst case, there is still the actual game to play, which is shaping up rather nicely. 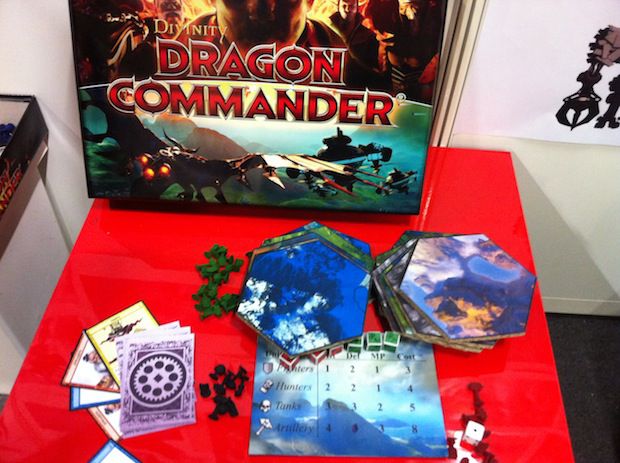 Larian showed off the multiplayer mode for the first time at gamescom, which sees up to four players fighting for control over the map. Players will move their troops around on the 2D overhead view with each turn, and battles will then be taken to a 3D environment. The cool thing about the battles is that it all takes place in the air. So all your troops are fighting it out in the air, and you can lower or raise your troops altitude levels for different advantages in fights.

Part of winning matches involves managing your troops, and using the right cards to strengthen your troops. You can also jump in or out of the battle yourself and play as a giant flying dragon with a jetpack. Dragons can go in and take on the enemy’s troops direct that’s played out similarly to a third-person shooter. Dragons are very important, so you have to be very careful how you use them. They can die, and while they do respawn, you will lose a signifiant amount of gold. 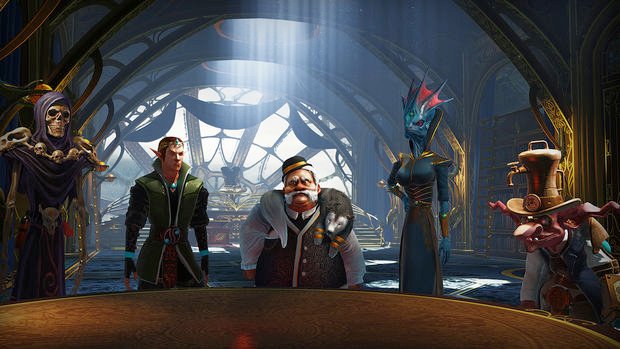 In the first match I saw, two players had to fight each other for control of the map. This was a three player demo though, and the third person is brought into the match as well. He’s only in his dragon form though, and has no troops to command. The third player can go around to attack whoever he likes, or help out one of the players if they pay him. There can be up to four players, human or AI controlled, and there will be a various ways players have to fight each other in the multiplayer. The next battle I saw involved all three players fighting.

Dragon Commander’s multiplayer was looking pretty fun based on my demo time. I’m more looking forward to the campaign myself, though. The story sounds really good, and I’m just in love with the character designs.