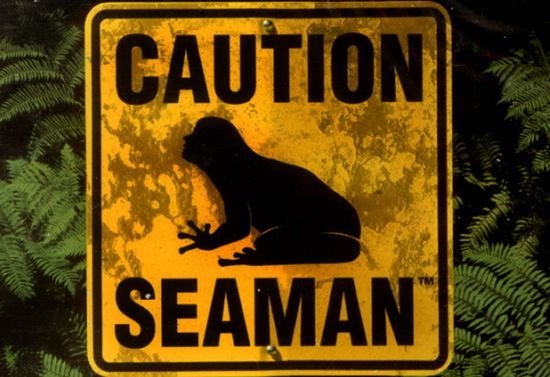 I’ll be the first to admit that you’ve probably heard of this game. It’s been called the weirdest game ever made, and the title isn’t that far off, save for one thing: it isn’t actually a game.

In Seaman, the player feeds and cares for a mutant half man/half fish creature through all his various stages of evolution. It’s really more of a virtual pet simulator than an actual game; there’s no ultimate goal, there are no tasks to be completed, and the only enjoyment one can derive from the title comes from the weirdness and wonderment that results when a virtual mutant creature directly mocks your age, profession, and social situation before throwing his own poop at you.

To be completely honest, Seaman is not the type of game that easily lends itself to a few sentences of pre-jump introduction. Just hit the jump and immerse yourself in the bizarre glory of one of the coolest non-games ever created.

A French scientist named Jean-Paul Gasse finds and researches a creature he dubs the Seaman. The Seaman possesses the body of a carp, the face of a human, and a long, slender tube attached to its head that simultaneously functions as a waste disposal organ and a method of sucking blood from other Seamen.

For some reason or another, Dr. Gasse abandons his laboratory and it is up to the player (with the help of narrator Leonard Nimoy) to finish where he left off, by raising the Seamen and helping them through all the different stages of their evolution. There’s more to the story, but, to be honest, it’s totally irrelevant. 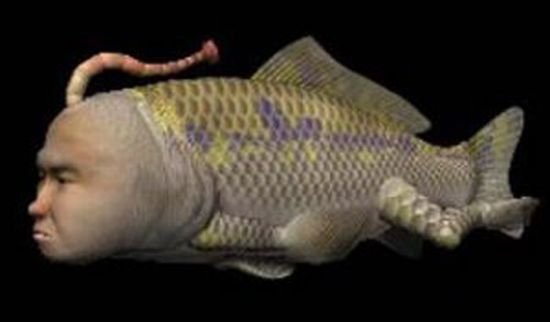 The actual amount of control the player has over the Seaman’s aquarium is pretty limited. The player only directly controls four things: light (if you want to talk to or see your Seaman, the lights have to be on), air (so the Seaman can breathe), heat (so the Seaman doesn’t freeze to death) and food (for, you know, eating). The amount of aquarium control is purposely minimal so the player has the opportunity to focus on the most important part of the game: talking to your Seaman.

As one of the only games in the Dreamcast library to use the optional microphone peripheral, Seaman exhibited a really hit-or-miss voice recognition system. You can say hundreds of different things to your Seaman — unfortunately, most of these things will usually result in a generic “okay, that’s great” sort of response. The really interesting moments come not when the player attempts to create conversation with Seaman, but when the Seaman asks questions of the player: within your first month of play, the Seaman will know your birthday, gender, relationship status, occupation, and so on, right before mocking pretty much everything about the way you’ve chosen to live your life. The voice recognition system breaks down farmore than it should (asking the Seaman “how are you” only works about half the time), but when it works, it’s really damn entertaining.

As stated earlier, Seaman is a virtual pet simulator — not a “game,” in the strictest sense. You’ll only spend about a half-hour per day actively playing the game: your Seaman’s maturation takes time, and doesn’t necessitate your constant presence. As such, it’s a great title for the casual gamer: wake up, fix up the tank, feed and talk to the Seaman, turn off the game, and forget about it until the next time you wake up. Every few weeks the Seaman will evolve to its next stage, and you’ll get to experience an entirely different creature.

Seaman, in this sense, is extremely rewarding: though you’ll have only technically played the game for 20 or 30 hours by the time Seaman reaches his final stage of evolution (the aptly-named Toadman), the game ultimately takes place over a period of two to three months. As a result of this long period of playtime split into short, daily sections, the player feels much more connected to his pet, but not burdened by it: Tamagotchis, for instance, are easy to get fed up with and throw away simply because they need so much damn attention, all the time. Not so with the Seaman. A lack of urgency to the Seaman’s care means a lack of frustration, which means an increased desire to keep playing the game. 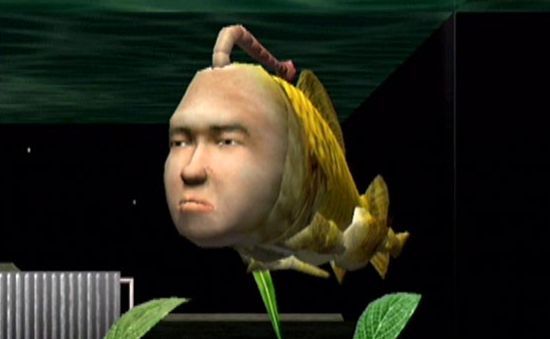 While we’d all like to think ourselves intelligent gamers, up for anything, but how many western gamers would actively seek a game frequently referred to as “the weirdest of all time”? Granted, many gamers did indeed play and enjoy this game, but it (unsurprisingly) didn’t exactly find considerable mainstream success in the US. They loved it in Japan, of course, to the point where a PS2 version was made and a sequel planned.

Still, several of my acquaintances who did purchase the game at the time of its release found themselves disappointed, thanks in no small part to their unrealistic expectations. They wanted a real game, where you trained your Seaman to accomplish tasks and solve problems or even — god forbid — engage in combat with other Seamen.

Furthermore, it’s a difficult to game to “show off,” which is to say that you can’t play it for a few minutes in front of a friend and immediately enthrall them in the game’s mechanics. Especially if they show up during the Seaman’s infancy: after it’s evolved from a spermlike Mushroomer but before it turns into a full-blown Gillman, the Seamen will look like very small fish, with adult faces, but totally childlike voices. It’s really goddamn disturbing. Not to mention the fact that these mutants with childlike voices will also use their suckers on one another, essentially killing each other for the sake of natural selection. If you’ve never seen and heard the cries of agony of a small, childlike mutant fish thing, you don’t know the definition of the word “disturbing.”

All in all, Seaman is a flawed, but insanely unique and satisfying Dreamcast title. But given the fact that we have absolutely no idea when the sequel will come out on western shores (if ever), this flawed first game may be your only opportunity to enjoy the peculiar madness of Seaman’s world.