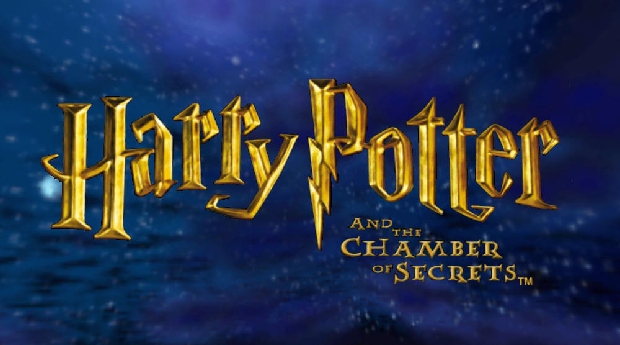 Every Wednesday, we highlight rarely-remembered but interesting games for our “Games Time Forgot” series.

If you are as big a Harry Potter fan as I am (impossible!), you already know by now that this week’s Game Times Forgot is obviously timed to fall in line with today’s release of the highly anticipated sixth film in J.K. Rowling’s beloved franchise (Harry Potter and the Half-Blood Prince). In fact, you may have already seen the movie by the time you read this! (E-mail me at [email protected] if you ever want to discuss all things Horcruxes, Slughorn, and apparating.)

In a decision that was more inevitable than a Polyjuice Potion turning out foul-tasting, mega-company EA decided to cash in on the popularity of the Harry Potter series by creating licensed videogames to coincide with each of the films’ releases. So far six videogames have been published over the last eight years (not including the Quidditch spin-off). Of those, exactly one has been good.

That one is Harry Potter and the Chamber of Secrets (the second story in the series for all you in-the-dark Muggles out there). But not only is Chamber of Secrets without question the best game in the bunch, the 2002 GameCube/PlayStation 2/Xbox release could easily hold up as a quality action/adventure title even without comparing it to the other, less fortunate Harry Potter adaptations.

Hit the jump to find out what makes Harry Potter and the Chamber of Secrets better than a swig of butterbeer on a … ah, sorry, I will try my best to put an end to these annoying Harry Potter puns. Just hit the jump to read about a really fun, totally overlooked game!

The videogame version of Harry Potter and the Chamber of Secrets sticks pretty closely to the plot of the book and movie, but adds a few extra things to give the player some more stuff to do outside of the main story.

In the game, you play as Harry Potter, the famous boy wizard who is just starting his second year at wizarding school Hogwarts. In a nice touch, the tutorial of the game takes place at the Burrow (home of Harry’s best friend Ron Weasley), and lets the player partake in a fun scene that was only featured in the original book version of Chamber of Secrets, and not included in the movie (gnome tossing!).

Once the tutorial is done, the story follows the movie and book almost exactly. Harry goes back to school, gets wrapped up in a mystery involving students being petrified, eventually learns all the unfolding horrors are connected to him, discovers the titular Chamber of Secrets, and finally puts and end to a younger, diary-created version of his arch-nemesis Lord Voldemort (whew!).

If you like Harry Potter, Chamber of Secrets meticulously recreates many of the book and movie’s set pieces and truly offers a fantastic experience around Hogwarts (and its surrounding areas) that even non-fans of the series can appreciate.

The solid gameplay of Harry Potter and the Chamber of Secrets is what helps it stand out from the rest of the games in the Harry Potter series. Get ready to gasp, but it is very reminiscent of the gameplay in the cherished Zelda series. I know, that sounds crazy, but hear me out for a second.

The bulk of the game takes place at Hogwarts, allowing Harry Potter to run around the entire school in a very open world fashion. In a way, Hogwarts is very similar to Hyrule in that regard, with Bertie Bott’s Every Flavor Beans serving as the game’s “rupees”. As the main story progresses, Harry takes part in classes that teach him brand new spells. These spells serve as the “items” in a Zelda game, each performing a different function to help defeat enemies, solve puzzles, or open new areas in the game world. Even the classes Harry attends turn into “dungeons” when the professors instruct Harry to use his freshly learned spells to enter robust, well-designed, independent areas to put his newfound skills to the test.

All of this is sounding pretty familiar, huh?

Check out this short video to see what I mean:

You see? It gives you a very boy wizard/Zelda vibe, right? Even the button placement in the upper right-hand corner is similar!

Some may scoff that a game like Harry Potter has the audacity to steal from something as worshipped as Zelda, but I can’t help but embrace it. The Zelda series, in my mind, is the absolute definition of perfect gameplay, so the more games that remind me of it, the better (case in point: the splendid Okami)! Harry Potter and the Chamber of Secrets is obviously not as deep and polished as Zelda — the bosses, for one, feel a little sloppy in comparison — but it does a great job of duplicating the addictive exploration-heavy gameplay.

In addition to the very Zelda-like feel of the game, Chamber of Secrets throws in a myriad of minigames to offer a little more variety to the proceedings. While some of these side games don’t feel very complete, others stand out as awesome additions to an already exceptional game. Flying around on Harry’s broom is the perfect example of one of these quality events.

At some points in the game, Harry is asked to race someone in a flying broom race around Hogwarts. The gameplay in these sequences doesn’t amount to much more than just flying through rings, but everything feels very smooth, and the beauty and overall epic feeling of flying around a fully-realized Hogwarts is truly satisfying — especially for a Harry Potter fan. The only thing that could have made this feature almost jaw-dropping is if Harry had the ability to pull out his broom at any time and use it whenever (and wherever) he wanted — his broom acting like a kind of Epona of Hogwarts. Harry can kind of do this later in the game when he picks up a Nimbus 2000 broomstick, but even then the “free” movement is very restricted.

Here is a quick idea of what the broom riding sequences look like (make sure to boost it up to high-quality):

Basically, if you are a fan of any of the 3D Zelda games (and, really, who isn’t?), you will most likely find something to love in Harry Potter and the Chamber of Secrets.

Oh, and play the GameCube version if you can. It seems to look the best, run the smoothest, and offer the best overall experience. I recommend that one the most!

Let’s be honest: most movie-licensed games are terrible. And, sadly, the majority of the Harry Potter games are no exception.

The strange thing is: the Harry Potter videogames have all sold really well, with Chamber of Secrets itself topping over nine million units worldwide (!). But like a Spice Girls album (another top-selling piece of media), I don’t know anyone that owns Chamber of Secrets or has, let alone, admitted to playing it. For that reason I feel it completely fell off the radar over the years, especially as more recent Harry Potter movies and games have come out since and taken the focus away from the older iterations in the series.

Harry Potter and the Chamber of Secrets is awesome and completely underappreciated. Go play it!

And then go see the new movie.

And then put the older movies on Netflix and watch them again.

Oh, and then reread the amazing books one more time!

And then … OMG HARRY POTTER!