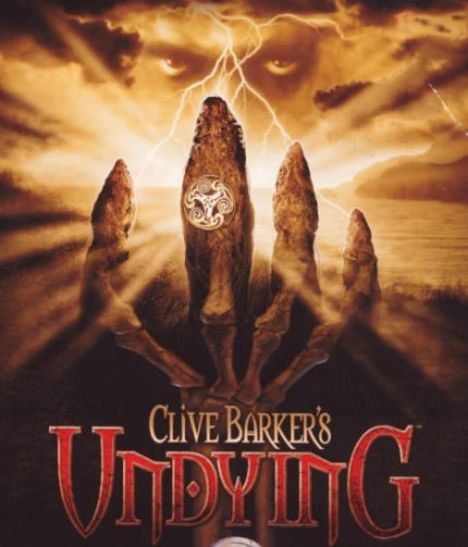 This week’s forgotten game holds a special place in my heart. Clive Barker’s Undying, released in February of 2001, was the title that made me want to write about videogames. At the time, I had never seen anything like it: it melded fantasy, horror, and balls-out action in a wholly unprecedented way. It kicked total ass.

And as a result of how much ass it kicked, it only sold about four copies. Hence the article you are now reading.

Clive Barker’s Undying was, in short, a gothic horror fan’s wet dream. A creepy, possibly incestuous family that dies off, one by one? Check. A magical scythe? Check. A fantastic, evil parallel world called Oneiros, a protagonist with a second sight, an ancient set of standing stones, and an unbreakable curse? Check, check, and double-check.

In truth, the only thing Undying was missing was an audience. Hit the jump, and lament. 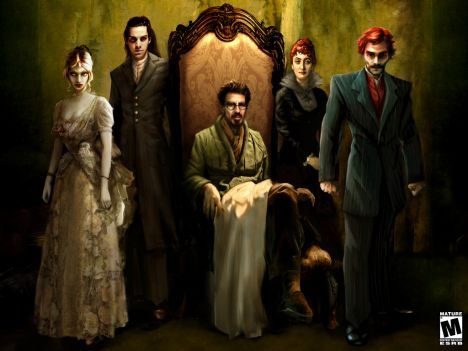 You play Patrick Galloway, an Irish WWI veteran who recieves an urgent letter from his friend, Jeremiah Covenant. After hastily making his way to Jeremiah’s estate, he is told that the entire Covenant family is cursed; evidently, the five Covenant siblings found a spellbook in their father’s study, and decided to perform a ritual within the ancient circle of standing stones found near the Covenant home. According to Jeremiah, his siblings have been dying off — violently — ever since that day, and being the last remaining child, he fears that he may soon die.

As if that weren’t enough, it appears that the undead spirits of Jeremiah’s siblings have reanimated and decided to haunt their former estate. Understandably, this freaks Jeremiah out, and he charges Patrick to (A) protect him, (B) reverse the curse, and (C) prevent somebody called “the Undying King” from crossing over from the netherworld to Earth’s mortal plains. 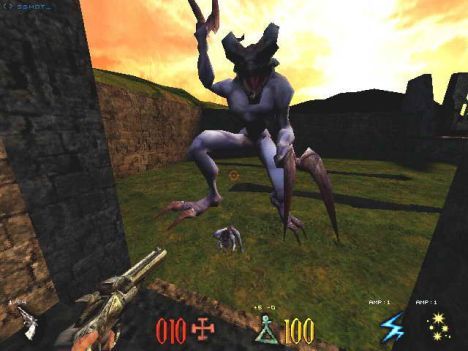 Undying is an FPS, first and foremost. Cutscenes notwithstanding, the game takes place from Galloway’s perspective and Galloway’s perspective only. While the player starts out with only a health bar and a few earthly weapons (revolver, shotgun, etc), Galloway eventually learns magical spells, binded by default to the right mouse button. After learning magic, the player essentially dual-wields weapons: a physical weapon in the left hand, an upgradeable magical spell  in the right. While it’s easy to consider such a mechanic commonplace in this day and age, it wasn’t so typical five years ago.

FPS mechanics aside, Undying is a fantasy/horror title. Galloway’s magical powers alone make for some fantastic setpieces: take the above family portrait, for example. This portrait, and others like it, are viewable in many different locations within the Covenant manor. Looking at them with Galloway’s regular vision reveals nothing, but turning on Galloway’s “scrye” power (basically, a second sight that allows him to see past events, psychic visions, and the “truth” of any given image) immediately transforms the image into something macabre, and outright disturbing: while the poses of each Covenant sibling remain the same, their actual appearances have suddenly transformed into that of grotesque, evil demons — demons that the player will individually face and destroy throughout the course of the game.

Undying uses everything at its disposal to shock the player. Thunder cracks at opportune moments, the netherworldly spirits of deceased family members hover just out of reach, and hairy, fanged beasts jump out from the shadows at every moment. Yet the game never feels as overly-scripted as many other games of the horror genre (e.g., Resident Evil). The pseudo-nonlinear layout of the mansion and the first-person perspective make for a much more personal brand of horror: the player is unable to distance himself from the shocks as one would with the use of a third-person camera. Games like Resident Evil create fear because the player’s character is relatively weak — when a monster attacks, the player isn’t personally scared that something is going to happen to them, but rather that the player’s character will die before the player can kill the monster. In Undying, the fear is felt directly by the player: monsters jump directly at the screen, and the world constantly changes as ghosts and demons toy with the player. The fear in Undying doesn’t come from the fact that your character is weak (he isn’t), but instead that the monsters are directly screwing with you, the player. Again, this is commonplace now (F.E.A.R.), but was pretty damn innovative at the time.

However, even at the time of its release Undying was not without faults, the most obvious of which being the game’s over-reliance on a magical scythe. The Scythe of the Celt, found about a third of the way into the game, is simply too powerful: compared to the scythe, every other weapon in the game seems pathetic. Reloadable projectile weapons become pointless — not only do they have limited ammunition, but even a point-blank shotgun blast is less powerful than one or two good hits with the Scythe. Considering every boss must be killed with the Scythe, the game forces the player to develop a reliance on it. This wouldn’t be such a bad thing if the difficulty ramped up to account for the Scythe’s power, but it never does. The enemies stay the same, and the Scythe’s power makes the game much, much easier. While the game still remains frightening — a demon leaping directly at the screen will always be scary, no matter how well-equipped you may be —  it also gets a little bit dull once all the challenge is gone. 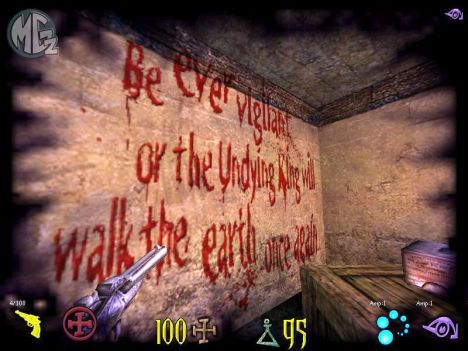 I don’t know: why haven’t you played it? Despite an appropriate amount of hype, the presence of a horror master behind the scenes, and immense critical acclaim following its release, it sold horribly. So horribly that not only were plans for a sequel canned, but plans for an upcoming multiplayer patch (which would have been much goddamn appreciated) and console ports were immediately scrapped.

Which is an obvious shame, on many levels. Barker wanted to do another Undying title, the storyline is open for many, many sequels, and the game was just goddamn good. It’s fantastically easy to screw up a fantasy/horror/action game (see: American McGee’s Alice), but Undying finds the perfect balance between all three genres: the horror was scary, the action exciting, and the visuals — at the time — were awe-inspiring. Not to mention that the story, while not the most entertaining narrative ever constructed in a videogame, still pretty damned interesting.

I still suggest that you find a copy (it goes for less than $15 on eBay, and only costs 100 points on Goozex), but it has to be said that the game’s impact has lessened with time. The graphics are no longer as impressive, and though the game will still contains many jump-inducing moments, its outdated visuals make the game less terrifying than it used to be. Similarly, the dual-wielding mechanic, while still useful, no longer holds the same “holy shit, this is awesome” feel it did back in 2001 when such a mechanic still seemed new.

Even so, it’s still a hugely entertaining game that is more than worth your time. At the very least, you can consider Undying a demo for Clive Barker’s next game, Jericho: though the game looks to be much more conventional than its predecessor (marines versus demons), Clive Barker will have built it from the ground up instead of coming in halfway through development. No matter how depressing it is that Undying was a financial flop, it served its purpose: it was fun and scary, and it gave Clive Barker the power and desire to make another videogame by himself.