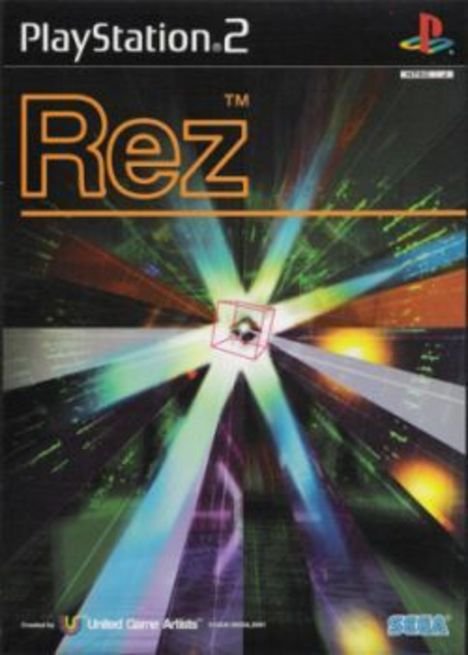 And why haven’t you played it yet?

Hit the jump for the answers to some of these questions. 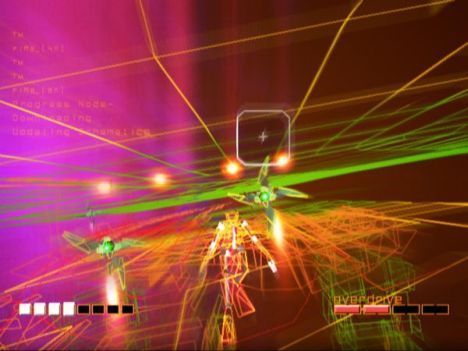 Story:
If you go by the manual, a female AI program named Eden has fallen into a state of unconsciousness after doubting her importance in the universe, and you have to travel through a computer system to reawaken her.

If you go by the actual game, you have to shoot a bunch of stuff to save the internets.

Seriously, though, there’s no story to be found within Rez other than the flimsy scenario given by the manual. It should also be noted that this in no way detracts from the gameplay experience. 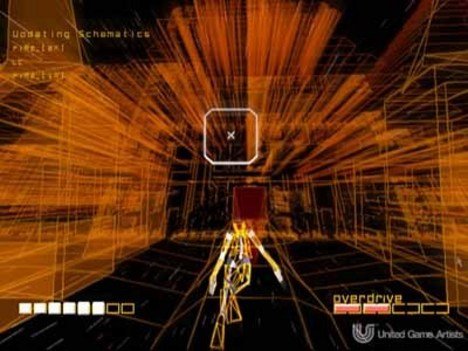 At its heart, Rez is an on-rails shooter that mixes music, vibration, and visuals that can only be described as “tubular.” It’s Panzer Dragoon mixed with a techno club and a hit of ecstasy.

In terms of literal gameplay, Rez only consists of five real levels, each with a boss at the end. Each level is split up into ten small parts. You shoot stuff, and you try not to die.

…That being said, it’s hard to describe what’s cool about Rez without at least attempting to simulate what it’s like to play it.

A level starts like this: you’re alone, flying through cyberspace. There is a steady musical drum beat, and your controller rumbles with every pulse of that one beat. Eventually, an enemy appears. You lock onto him (you can lock onto up to eight enemies at once), and a small musical note plays. You fire, and as the enemy explodes, the noise of the explosion takes the form of another musical note, complete with a controller rumble.

Then, more enemies appear. You lock on to more and more of them, musical notes for each lock-on, and as you fire the beats begin to converge with the rhythm at which you take down enemies. As you fight, you are literally creating music.

Then, as you move on to the next part of the level, another beat is overlaid on top of that lone drum from the first stage of the level. What was just a single drum beating in steady rhythm is now accompanied by another layer of beats. Again, your controller pulses in rhythm with these new beats, and also with your attacks on enemies. By the time you get to the end of the level, your controller is almost constantly rumbling as beats stack upon beats and you fire at dozens of enemies at a time.

Having said that, the game is very, very short (you can beat it in two hours or less), and the actual gameplay mechanics are pretty simplistic–if you’re looking for a hardcore gaming experience, Rez is not for you. However, if you’re willing to accept the fact that the game’s minimalistic gameplay style allows you to focus on all the other sensory pleasures it has to offer, then you’re in for a hell of a fun time. 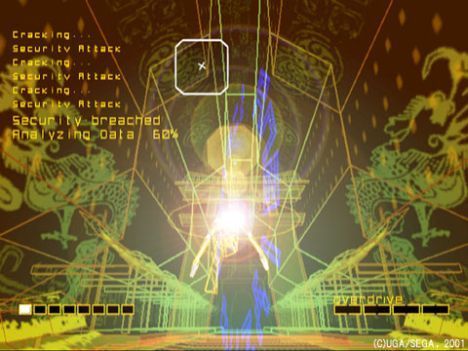 After its initially underwhelming sales figures, Sega inexplicably stopped making any more copies of the game. Didn’t even give it a chance to find an audience. Just pulled the plug on it like the cold-blooded gangsters they were, at the time.

It took a production halt and the passage of time for most of us to realize the treasure that Rez really was.

Now, the million dollar question: should you get it?

Well, as always, it’s a personal judgement call. It goes for at least $25 on eBay (usually more), but it’s very, very short and, depending on how much you enjoy techno music, it may or may not have any replay value for you.

If you have the cash to spare, I’d suggest buying a copy and trying it out. If you don’t like it, you can always eBay it and at least break even on the purchase, if not make a profit. That’s what I did, and I ended up with a profit of three bucks. Not a bad deal, considering I also got to experience one of the most unique games available on the PS2.