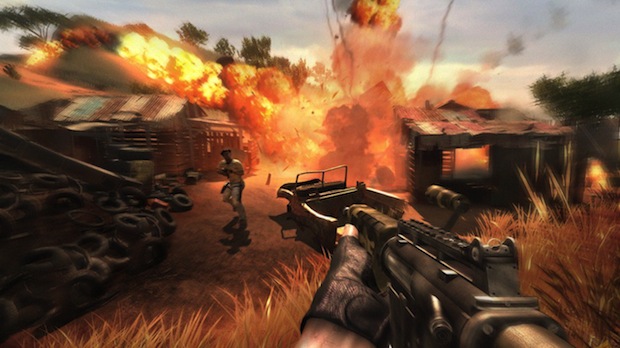 The first of which is EA DICE’s Battlefield 2: Modern Combat — the only game we know of where you can plant a C-4 charge on a helicopter and blow up your teammates while they’re attempting to parachute behind the enemy front. It’s priced at a reasonable $19.99 and weights in at a whopping 6 GB.

The other hitting Games on Demand is Far Cry 2 — the only game we know of that forces people to check their position on a real-time paper map while driving. The zebra-slaughtering title isn’t hitting North America as a full game download so it looks like we’ve finally got the bone. At least for now.

So, what the fug are you guys going to do download?