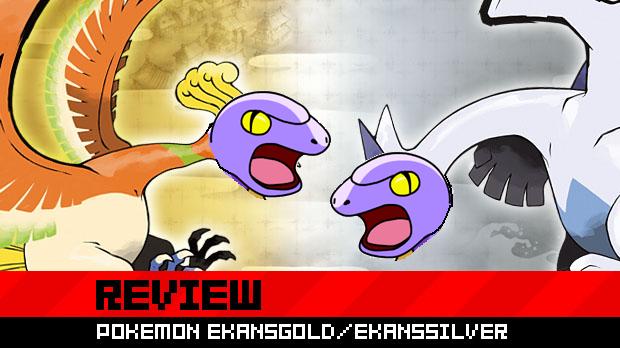 Hot off the heels of our SoulSilver/HeartGold review and I still cannot stop thinking about Ekans. Ekans is the Rattlesnake Pokemon and there are so many reasons why it is the best one. So many, in fact, that I might write an article about it as if the joke didn’t get old on Friday. In fact, I will definitely do that some time this coming week.

Anyway, videogames were played, so feel free to hit the Ekans and find out which Ekans were Ekans’d by the Destructoid Ekans. Ekans.

[Thanks to Poe for the header image]

Concelmo: All Final Fantasy XIII and hanging out with GDC people. Woo hoo!

Oh, also a little of the new Miles Edgeworth game on the plane. Loving it!

Aziz: Chad, you drooled on my pillow last night. Thanks.

Tolentino: Final Fantasy XIII, with a bit of Heavy Rain and Assassin’s Creed 2 on the side. As Dale said some weeks ago, all you haters can suck it!

I also played the Just Cause 2 demo on PC, and have decided that I will either buy a gamepad or play it on a console (or find a way to sync my DualShock 3 to my PC).

Sterling: Final Fantasy XIII has had the majority share of my time and I wish it didn’t. Also been playing Metro 2033, but I’m holding off because I need the final version, otherwise the score will be quite negatively affected. Also been having a blast with Pokemon SoulSilver all week. EKANS EKANS EKANS!

Holmes: Seconded on the new Ace Attorney game. It’s much better than I expected, feels like a cross between the other Ace Attorney games and classic Lucas Arts point-and-click joy. I love it.

Also played more Mass Effect 2, but I think I’m going to stop for good. It’s so well made, but I’m just not interested in playing it. It’s not fun. Then there’s Deadly Premonition, which is the exact opposite. I’m only about an hour in, but it’s yet to disappoint. I haven’t played a game with this much non-stop entertainment value since No More Heroes 2. I still can’t believe the Tom and Jerry reference. So amazing…

Also, also played some Rez HD, Mega Man 10, and Yakuza 3. Taking a break from all of them when Cave Story WiiWare comes out tomorrow. So excited!

Grim: I played simultaneously share a bed with Jonathan Ross, Chad, Joseph, and Andrea. There are no losers — everyone won.

North: Limbo. I played Limbo. I love Limbo.
I also love multiplayer Raskulls. GDC has also let me get my paws on really great games like Puzzle Quest 2. I can’t wait to own all three games.

Bennett: Finally finished my 2nd playthrough of Mass Effect 2, everyone survived and I got laid. Awesome game.

Tonight finally sees me settling down with FFXIII even though all I want to do is play FFX, so I’m sure my Twitter followers will be kept well informed of my opinions.

Razak: I charged through Uncharted 2, which I thought started out disappointing in that I didn’t see how awesome it was right away thanks to how the story is built. However, that changed as I played through. Truly amazing now that I have actually got to play all of it. Also got some multiplayer Dead Space Extraction on. Not so sure about it so far. Seemed like a lot of talking without much shooting. We’ll have to see.

Sarkar: Since I’m reviewing it, I continued to play pretty much nothing but MLB 10 The Show. I’m really loving the new real-time presentation stuff, although Catcher Mode is starting to get kinda boring. Actually, I don’t think it’s boring so much as it is slow — when you’re playing as a pitcher, you can really speed things up, but that’s not doable as a catcher.

I took a break from baseball and spent my Saturday evening singing Rubber Soul and Sgt. Pepper’s Lonely Hearts Club Band on Expert in The Beatles: Rock Band. I five-starred 11 out of the 14 songs on Rubber Soul (and gold-starred six of the 11), and I four-starred the other three. I managed to five-star every single song on Sgt. Pepper’s, gold-starring five of the 12. Yep, I’m pretty proud.