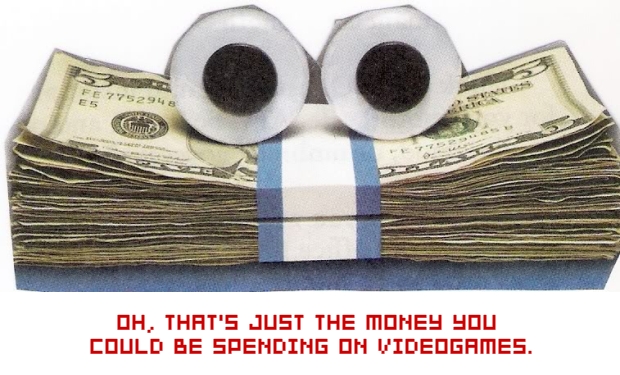 First off I should probably tell you who Chris Deering is as you’ve most likely not heard of him since his name doesn’t come up that often. He is the chairman of the Edinburgh Interactive Festival and former Sony Europe president and he believes that AAA games need to start costing a whole lot more in order to remain feasible. How much more? Oh, about £70 ($117). A bit steep, right? Not according to Deering.

“Before there can be as many successful blockbuster games as there were in the past, games have to be produced in a more efficient fashion,” Deering said. “In order to price these games at a level where they would support an industry [as strongly as] they did ten years ago, they’d have to be sold at £70. But people just don’t have that kind of money, there’s a psychological glass ceiling.”

It’s the darn price of making a game right now that’s doing it Deering says. While prices have skyrocketed for the cost of making a game, the price of buying a game has stayed at a pretty standard rate over the years. “The cost of development is ten times what it was for PS2, and more like 20 to 50 times more than on PSOne. Yet there are lots of things you can get for less than the relative value of paying 50p an hour for a very high end game,” he said.

I don’t know about you, but I think we’re getting plenty of top-shelf gaming right now and companies seem to be making money. I guess there would definitely be less flops if every game was $117.