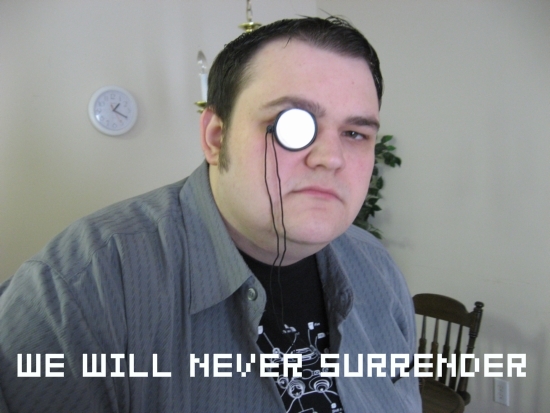 I reported a few weeks ago that Destructoid has been invited to attend the Games Media Awards, where we are nominated for best non-commercial site/blog. Well, tonight is the night, as over 250 professionals within the games industry (and myself) are set to attend what promises to be a night of free booze … I mean, a night of journalistic celebration.

Organised by Intent Media (publisher of MCV), the Games Media Awards will take place tonight at the Soho Revue Bar, London, and will be attended by over 250 games professionals.

The GMAs is the first ever event to exclusively recognise and reward the vast contribution the video games media makes to the wider industry. There are awards for achievements in both the Mainstream and Specialist games press, and for both online and offline content.

As I type, Lord David Houghton and the community’s beloved Atheistium are on their way to my stinking manor where we shall hasten to Soho, that we might battle our enemies and claim the prize. Yes, I am certain that awards are handed out on a “last killed, first served” basis, which is why I’m bringing a knife. You hear that, Games Media Awards? I’m bringing a knife! UK: Resistance better watch their backs. Because I am bringing a bloody knife.

I joke of course (it’s a shiv) and look forward to meeting our friends/rivals in the industry. Rest assured, win or lose, Destructoid will rock the house … and will win. Of course.