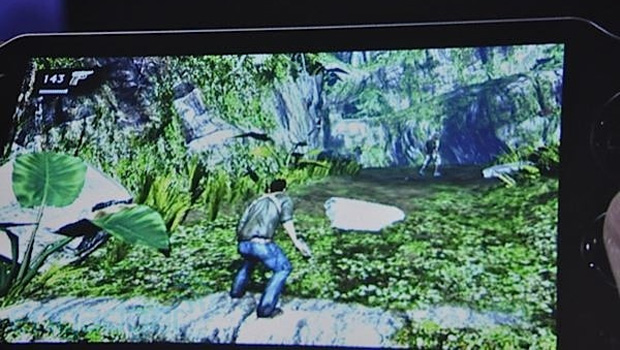 Sony showed a lot of both hardware and software at today’s PlayStation Meeting 2011. So what games do we know of for the device? Live demonstrations of Uncharted and Hot Shots Golf were performed at the event, as well as Capcom’s Lost Planet 2 and a new samurai title from Dynasty Warriors developer Koei.

The PlayStation Blog has a rundown of other franchises which Sony has shown or talked about at the event. Major properties such as Killzone, LittleBigPlanet and Resistance obviously top the list and Call of Duty appears as well. Pool simulator Hustle Kings is listed, along with a number of new projects such as Little Deviants, Gravity Daze, Broken and Smart As.

Furthermore, Sony has released a list of third-party developers and publishers. All the major players seem to be on board, though I’m happy to point out that Capybara, PopCap and Grasshopper all seem to be working on projects for the handheld. I can’t wait to see what those studios in particular wind up doing with the Next Generation Handheld. Who do you want working on it?