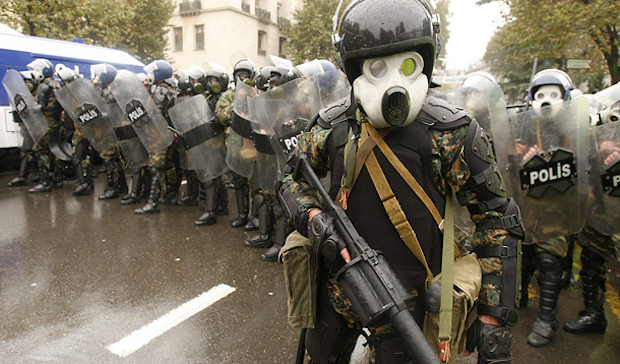 I’m not sure if this is manipulative, scary, brilliant, hilarious, or all three. A brand new PC game called “Internet Eyes” will allow players to view thousands of CCTV cameras around the United Kingdom and essentially act as a snitch, reporting any crimes they discover. The most successful rat will win £1,000.

Every time a player finds something suspicious, they click their mouse. The camera operator will then receive an SMS message along with a snapshot of the naughty activity.

“I wanted to combine the serious business of stopping crime with the incentive of winning money,” said Internet Eyes mastermind Tony Morgan. “We’ve had a lot of interest from local businesses and hope to roll it out nationwide and then worldwide.”

The Web-based “game” will launch next month in Stratford-upon-Avon, Warwickshire, with a site that also includes a criminal Hall-of-Fame. The “snooper’s paradise” will rent cameras to businesses around the country for £20 a week, meaning that not only will the police force have ordinary citizens doing their job for them, they’ll make a bit of cash on the side. It’s quite a genius scheme, really.