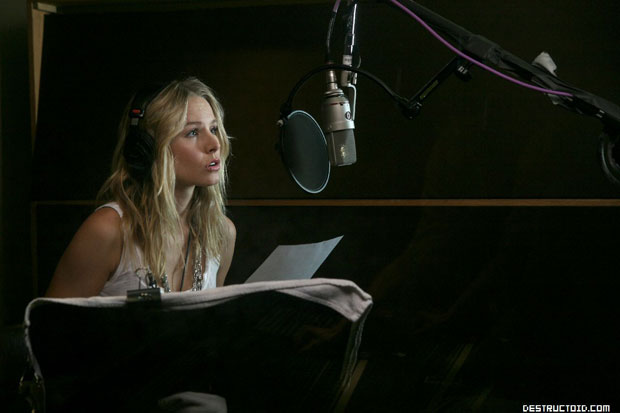 Looks like Veronica Mars actress and subject of Dale North’s lust, Kristin Bell, will be appearing in Assassin’s Creed II.
The lovely actress makes her return as Lucy Stillman who appear in the first game. For those who played the first game from start to finish, you know what this means — maybe someone is going to tell us WTF is going on. Maybe it’ll even be Kristin Bell herself who spills the beans.
“As an actress, it’s both challenging and rewarding to play a complex character with this great mysterious background,” she says. “I’m very happy to be Lucy once more, and I look forward to fans discovering more about her – they will be pleasantly surprised.”
Tease. Assassin’s Creed II hits PlayStation 3, Xbox 360, and PC on November 17.