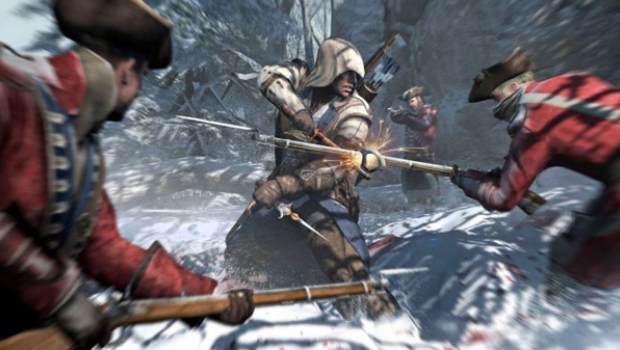 The man who is trying to stop Assassin’s Creed III‘s release has been introduced to the wrath of gamers, with his book being torn to pieces on Amazon. Link is a story about experiencing the life of a descendant through a virtual machine, a premise that writer John Beiswenger believes was stolen by Ubisoft.

Following the news of Beiswenger’s lawsuit, gamers discovered the Amazon listing for Link and began to publish a number of 1/5 reviews. The book only had one review yesterday, but today it’s at twenty — sixteen of those are one-star diatribes.

“This book is not trash, I have not read it, but the author claims the video game company has ‘stolen’ aspects of this story from him,” writes one review. “I personally don’t see how this would affect him. He’s only trying to sue the company to gain capitol. Therefore We the gamers are bashing this book.”

I’m in support of Amazon bombings when people lie about games on national television. After all, a psychologist who tries to harm the reputation of a game based on zero evidence is kind of asking to have their own product’s reputation harmed on similar grounds. Still, I don’t know what to think about this one. It seems premature, really. Just let the guy go to court and try to prove his claims (which he probably can’t). I don’t see the point in getting involved here.

Plus, it’s Ubisoft. It’ll be a cold day in Hell before I feel compelled to leap to that company’s defense.