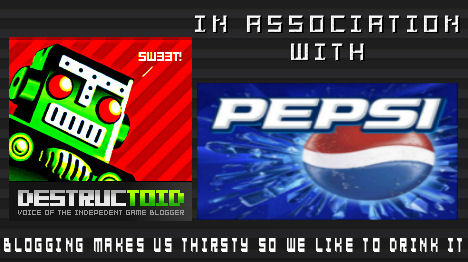 Read the comments sections of many gaming blogs and you’d be inclined to believe that the gamer populace is morally opposed to in-game advertising with the fervent passion of a thousand fornicating chimpanzees. A new study, however, indicates that 82% of gamers actually don’t care about in-game marketing, or at least accept it.

“82 percent felt games were just as enjoyable with ads as without,” states the study, conducted by the Nielson company and in-game advertisers IGA Worldwide. The study also claims that “there was an average 61 percent increase in consumers’ favorable opinions of products advertised in-game post-play.”

Of course, these are marketing men telling you that their marketing works, but it’s an interesting suggestion nonetheless. The average gamer (not so much the hardline ones as you or I) don’t seem to really give a stuff.

Personally, so long as ads aren’t detrimental, I have never had a big issue with it either. Product placement is fine by me if it doesn’t hamper my enjoyment of a given game or becomes too overbearing. Until Solid Snake tells us that he “can’t resist the finger lickin’ taste of KFC? … Can’t be,” then I’m fine with him and his iPod shenanigans. I know some among us are more vocally against advertising, however, so what do you make of this study?