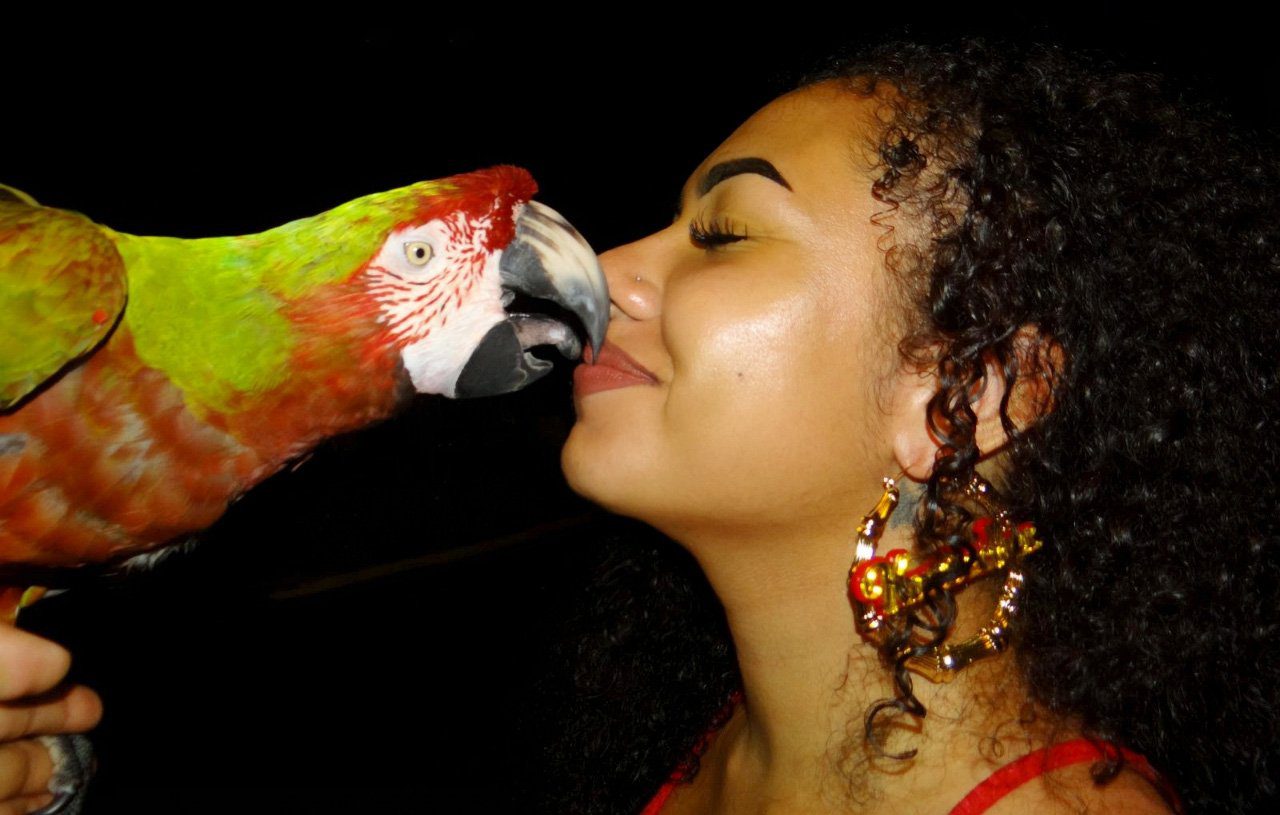 Get to know your new favorite streamer

Twitch partner Katie Robinson, who streams games as PikaChulita, is a vocal Womanist and advocate for diversity in gaming. She’s a Black Girl Gamers team member, and has been quoted and interviewed for sites like The Verge and Gayming Magazine. After coming across her engaging streams and Twitter, I reached out to Robinson for the first installment of Gamer Girl Spotlight, a series highlighting women doing great things in gaming.

Keep reading for Robinson’s thoughts on activism, what the gaming community needs to change, and her advice to anyone too intimidated by the seemingly male-dominated gaming space.

Tell me a little bit about you and how you first got into streaming. How would you describe your relationship to video games and the video game community?

I’ve been gaming since I was about five years old — my first introduction to gaming was Pokémon. I’ve loved animals since I was a toddler, so Pokémon just stuck with me. Gaming quickly grew into one of my biggest hobbies, and never left.

In 2014, around the time of the initial PS4 launch, I found out about Maximilian Dood and Twitch. I thought to myself, “Hey, this looks cool. I’m pretty funny and entertaining, and pretty good at video games, so maybe my friends would wanna watch me.”

After I got my PS4, I streamed the first game I got, which was InFamous: Second Son. I only had a few viewers of course, but I had a great time. Soon after I did a stream of the new Silent Hill‘s playable teaser, and I was hooked.

I love gaming so much. It’s such a huge part of my life, and it’s been a gateway for friendships and opportunities. There are very large amounts of terrible folks within the community unfortunately, but I’ve been able to cultivate my own community and the people I interact with. I’ve been lucky to experience a significant amount of the good parts, too.

What motivates you to stream and where do you get ideas for your content, which isn’t just limited to video games?

Knowing that my existence within gaming spaces is not the most celebrated by certain groups is a kind of fuel for me. I stream for Black women and queer folks who haven’t always felt welcome. My community and peers are also motivators for me, because they encourage me to keep up my hard work.

Usually my ideas come randomly off the top of my head as I’m sitting around doing non-stream work, but seeing my friends’/peers’ work often sparks creativity within me as well.

You’re a vocal Womanist (ed note: holistic social theory that centers the experience of the Black community) — how would you say Womanism comes into your role as a public figure/content creator?

Womanism is an integral part of my identity. I think I both consciously and subconsciously weave it into every aspect of my content because Womanism is so needed. It includes the experiences of Black women and other women of color while fighting for [broader] equity in society, and equity isn’t present in gaming spaces.

In addition to creating exciting gaming content, you’re an advocate for diversity and charity. How would you describe your relationship to activism and the way you approach it?

Honestly, a lot of people consider me an activist, but I don’t. I could be wrong, but it almost feels as if I’m taking up space and claiming to be something I’m not, and that is insulting to the people I consider real activists.

Do I feel like I’m doing necessary work? Absolutely. And I don’t think you have to be “in the streets” to partake in activism, because that would invalidate online activism and, in my eyes, is a form of ableism. But I don’t want to overestimate my work, I think. Maybe I’m more of an advocate.

But regardless of semantics, my relationship to activism is one of necessity. I feel that one of my greatest purposes in life is to fight for marginalized communities, and give a voice to the people who traditionally have been silenced.

I don’t care what I have to sacrifice to achieve that. It’s who I am. It runs in my blood — my late uncle was a famous civil rights activist from Mississippi.

What needs to change in the gaming community? What is something you really like about the community?

Everything [needs to change]. The rampant racism, colorism, homo/transphobia, ableism, misogyny from gamers, both viewers and creators. Marginalized identities need to be loved, respected, accepted, and represented properly. We should not still have game lobbies and Twitch chats full of slurs and discriminatory language. We should not see harmfully stereotyped characters and a lack of properly represented ones in the games themselves.

We should not see cis/straight white and predominantly male gamers as the “face” of gaming, or making up the majority of game development studios.

What I do like is that so many of us are finally actively fighting against this. I also love that when the community wants to do good, they show up and show out. Gaming has done so much for charitable causes. It has an impact.

I know that some girls/non-binary people have felt intimidated by the very white and male dominated gaming space despite having an interest in gaming. What advice would you give to those people, who are underrepresented in gaming?

My advice would be to go at your own pace. When you first enter into these spaces, it can be intimidating and overwhelming. Do not stay anywhere you don’t feel wanted, safe, and respected. There are communities out there that have your best interest in mind and will make you feel welcome — seek those out.

There is somewhere out there that looks like you, because you are wanted, and deserve to be in this space just like they do.