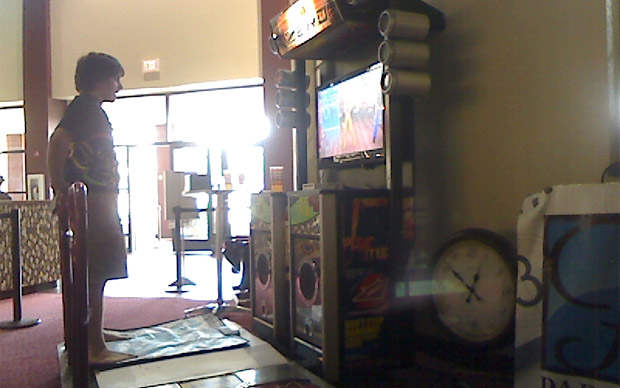 [Update: As expected, the endless cycle of record breaking continues onward. While we aren’t going to report on every incremental change until the end of time, we will point out that Travis Houk played DDR X2 for 40 hours and 2 minutes last month. He’s waiting for the Guinness folks to confirm the time, but there you go. Who’s next?]

This week, Minnesotan Alexander Skudlarek found out from Guinness World Records that he now holds the title for “Longest Video Games Marathon on a Dance / Rhythm game.” And all this took was a mere 16 hours and 18 minutes of Dance Dance Revolution back in October. My legs burn just thinking about it.

Alex wrote in to give us the heads up, and since this story is more or less on par with the normal late-December discussions we have ’round here, spreading the word was an easy decision. Congrats, but be warned — extra publicity means someone will come after your time. Better start training.

Come to think of it, I’m fairly sure there’s something in the water supply up there.