The work of a bored — but seemingly quite dedicated — Sims 3 player has been gaining a lot of attention this week, ever since the fruits of his labor were posted to Reddit.

While user-created content in games invariably lead to the crafting of puerile and offensive things, this is a step above the usual penises and swastikas found in anything from LittleBigPlanet to Worms — it’s a finely detailed colonial-era tropical plantation.

Reddit user BourgeoisBanana enjoys doing “Terrible things” when he’s bored, so he designed and built the Gaudet Plantation. With its mansion, slave house, and workforce of disenfranchised black people lorded over by an affluent white family, it certainly leaves little to the imagination. He even went so far as to include a mixed race child with the slaves, something praised by another user as, “Nice attention to detail.” 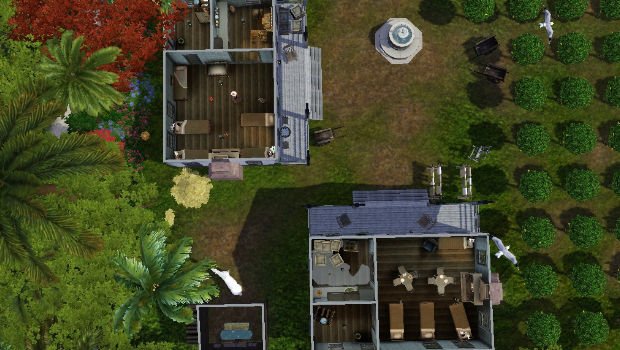 BourgeoisBanana admitted to PC Gamer that the plantation wasn’t 100% historically accurate, but that he did the best he could with the tools at his disposal.

“The house was more or less of my own design too, loosely based off several colonial plantation houses of the era,” he explained. “My main inspiration for the exterior was the plantation house from a level in Hitman: Blood Money. Django Unchained certainly was a great reference too.”

While Reddit praised the detail and had a discussion about the hypocrisy of white men having sex with slaves, others were not entirely thrilled with the creation.

All Complex Gaming could muster on the topic was a short, “That’s fucked up.” 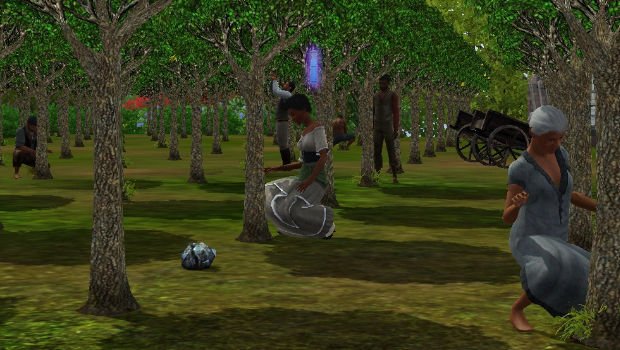 The plantation’s creator doesn’t exactly see it that way. Further in his PC Gamer interview, he suggests people need to “get over” sensitivity concerning racism and seek not to deny, but examine the controversial aspects of human history.

“I believe that to deny our history is to make it repeatable, and discouraging projects such as this one won’t prevent racism in the least. Not only gamers, but all forms of media should definitely get over this politically correct phase we seem to be going through so we can expose the brutality of our past, rather than covering it up and pretending it never happened.”

Is making a self-admitted “terrible thing” out of boredom really doing anything to “expose the brutality of our past,” though? It seems more like it was played for laughs, with its creator adding the social commentary after the fact.

Nevertheless, regardless of intent, some questions have been raised over whether or not topics like this could ever be ripe for discussion in a videogame. With movies still struggling to cope with the idea of slavery — as seen with the controversy and accusations of racism surrounding Quentin Tarantino’s Django Unchained — it’ll probably be a long time before a videogame would dare approach such a topic with an iota of serious commitment.

Until then … this is the closest a game discussion’s gonna get to it … which is kind of sad.