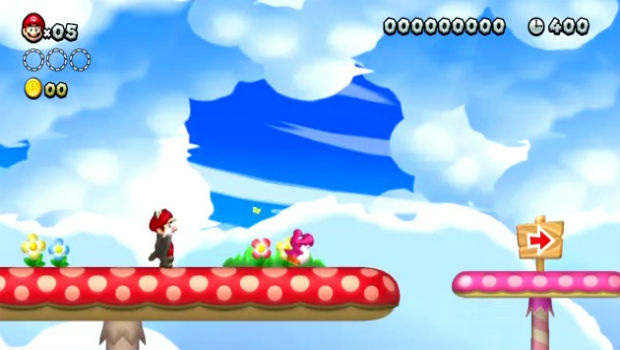 When I first saw this video for New Super Mario Bros. U, I thought “no big deal, this guy is just beating the level by flying through it with the Flying Squirrel suit and a Pink Yoshi.

Then I saw the “wow” moment where he catches the baby Yoshi at 0:10, and perfectly times his baby throws for the rest of the level. Amazing! Major props for getting the timing down perfectly.

I thought I was unique when I played through Boost Mode by myself, working the GamePad and Wiimote in tandem, but this tops it by far.