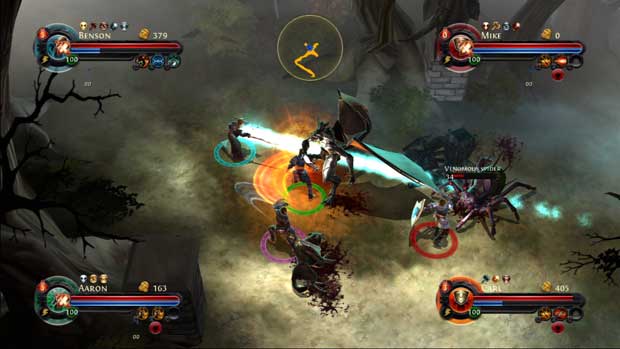 Gameloft is bringing its iPhone hack-and-slash Dungeon Hunter exclusively to PlayStation Network, according to a report from GamerBytes. The game will be getting a complete high definition overhaul, including an entirely new art style. The PSN game will also be getting a cooperative four-player multiplayer mode as well, which will be playable both online and off.

Gameloft has a history of creating extremely solid iPhone knock-offs of existing titles, taking tried-and-true gameplay and giving it a new skin. Fans of games like Torchlight should take note, as Dungeon Hunter sticks very close to that game’s formula, letting players create and build up their own characters.

Based on these first screens, Gameloft seems to be taking this port seriously; it could have easily dumped the iPhone game onto PSN as a Mini title. Instead, it’s taking the time to give the game a fitting visual overhaul for Sony’s high definition console. Hopefully the gameplay (and price) will manage to match the game’s impressive look.