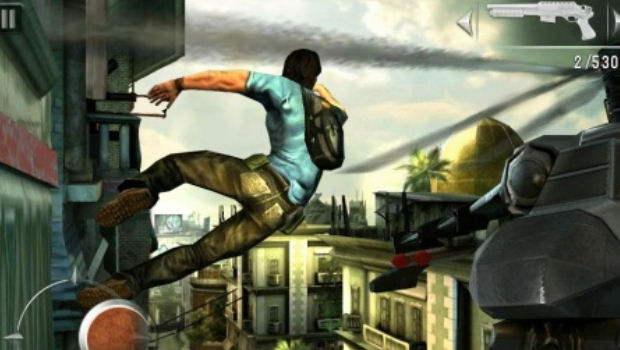 Gameloft has made a name for itself by creating mobile games “inspired” by popular console franchises. It’s mostly harmless (if rather shameless) but Gameloft has defended its sticky-fingered tactics, claiming that everybody does it.

“The video game industry has always played around a limited number of themes. There is maybe one new idea a year,” says CEO Michel Guillemot. “If a type of game is not available, then you should make it. The damaging thing is if you do a bad expression of a good idea.”

In a way, I do agree with Guillemot. Gameloft does at least put some effort into creating its own stories and worlds for the games they choose to copy, and they generally make damn fine mobile games. When Darksiders and Saints Row can get away with it, I dare say Gameloft can.

However … when you have a game like Shadow Guardian that is less reinterpretation and more blatant duplication, perhaps you need to be a bit more honest about your mimicry.