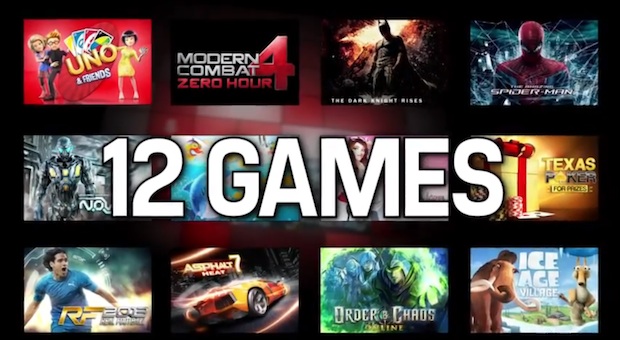 All optimized for Xbox features

Gameloft comes out swinging with 12 titles for Windows Phone 8. Modern Combat 4: Zero Hour is one of the headlining games of the bunch. The franchise has sold over 6.3 million copies so far. Here’s the full lineup:

All of the announced titles are set to take advantage of the Xbox services that the OS provides, including the ability to connect to follow Leaderboards and Achievements. Some in the lineup will support Play-Pause-Resume through Xbox’s Cloud Storage, letting you pause on one device and resume on another.

Gameloft says that all of the 12 titles will run on all Windows 8 Phones, including sets from Nokia, Samsung and HTC.