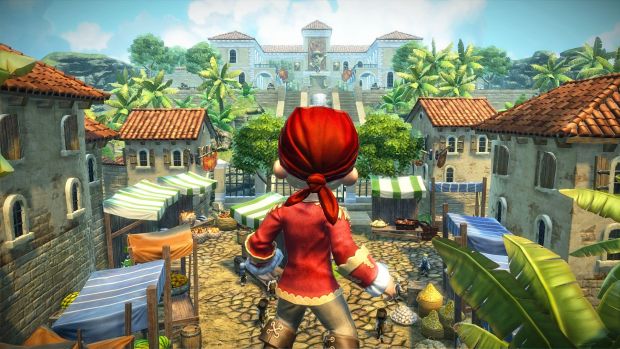 I recently had a chance to see a ton of the games that will be shown off at E3 next week. There’s a lot of great looking stuff, and easily one of the standout titles I saw was Gameglobe. I initially ignored it because the reveal PR email about it contained the words “free-to-play” and “browser based.” There’s a stigma associated with both those phrases, and a combination of the two just made me instantly delete the email.

So I’m really happy that I got to see Gameglobe with my own eyes as it shows a very promising future of what browser based games could achieve. Imagine the creation mechanics of Sim City, Minecraft and LittleBigPlanet all rolled into one, and it’s all free-to-play. Now take that to another level, where you can share the games created in Gameglobe as easily as you would share a YouTube video. You just jump right into a game, no registration required. 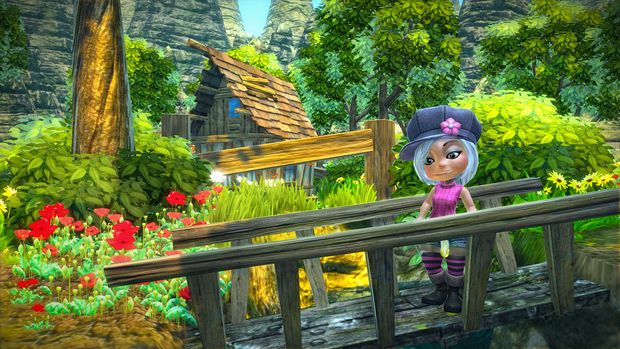 Gameglobe is essentially whatever you want to make of it. During my demo, Game Director Rune Vendler created a small pirate-themed adventure in the span of 15 minutes. He generated a small planet, terraformed the world to his pleasing with all sorts of hills and plant life. Then, he placed down a few buildings, a few pirates guarding a treasure chest, and some obstacles that the player had to navigate through in order to get to the end of the level.

There are thousands of objects players can access, and you’ll be able to manipulate how it all works. You can program how aggressive the pirates will be, what will pop out of the treasure chest, how the camera will follow the player — basically every single little thing imaginable can be altered or manipulated. All of which, by the way, is done through simple, user-friendly menus so anyone can work this game. 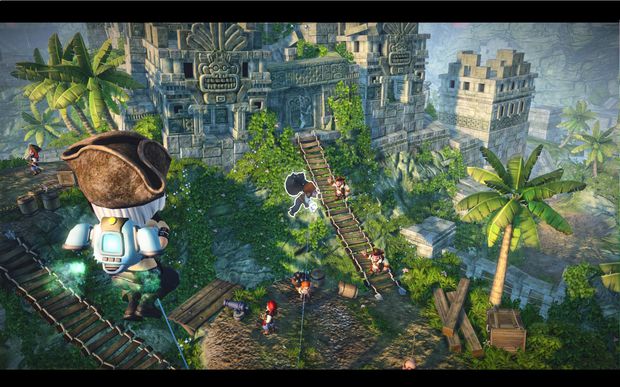 That was just a quick little creation. Next I got to see a planet that the player had spent weeks designing, with its huge world to explore and plenty of puzzles to solve along the way. Later I saw someone had made a model of the Eiffel Tower, right down to the restaurant in the middle.

All your creations can be saved, and can be shared with other players too. Sadly there’s no real time multiplayer, but players can collaborate on projects, with the main creator having the final say on everything. Once your creation is finished, you can publish to Gameglobe’s front page and let the world play with your new game. Players can “like” your creation, and you can see how many times it’s been played too. There will even be a leaderboard system in place.

You do have to create an account in order to create anything in Gameglobe, as well as interacting with the community if you want to get really involved. The twist, though, is that people don’t have to be registered at all if they simply just want to play what’s been shared on Gameglobe. Just like a YouTube video, share the link and people can jump right in. 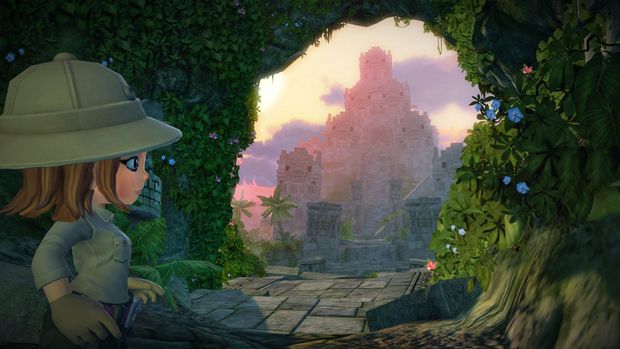 Playing a level will earn you experience points and coins, which you can use to purchase new tools, objects, and all sorts of other stuff. If you don’t want to go through that grind, you can use real money to purchase coins to be used in the game. That’s where the free-to-play model comes in, but — and this is a HUGE but — hapti.co told me that you’ll never have to spend real cash. It’ll take longer, sure, but BigPoint stressed that this wouldn’t be a “pay to have fun” experience.

The best part of my meeting time with hapti.co was seeing how much they really care about the community. They want to be very open to their player base, and will take player feedback to heart. A big part of that involves the free-to-play model, and they’ll try to balance out the coin system to what best benefits the players.

You can get a real sense of just how big and open Gameglobe is by watching the trailer above. Everything you see in the video can be created by players. Create your own unique adventure, recreate games like Breakout — you can even create cinematic little movies like space battles.

There are so many amazing looking games that will be at E3 next week, and Gameglobe is easily at the top of my personal favorites of the show. There’s going to be a beta you can sign up for, and see for yourselves what I think is going to be a very big deal.