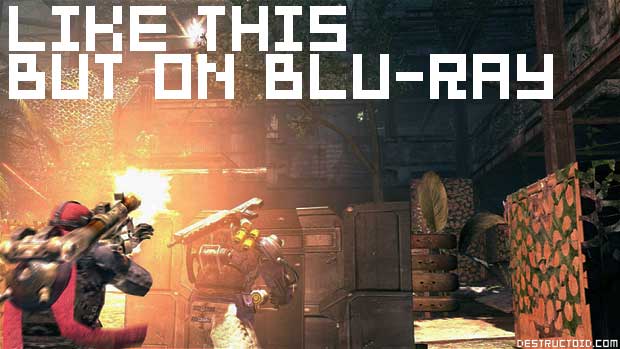 According to a listing with videogame retailer GameCrazy, Capcom’s Lost Planet 2 is a thing that is coming to the PlayStation 3, alongside with the previously announced Xbox 360 game.

When Capcom first announced Lost Planet 2, they did so with a trailer that was available exclusively on the Xbox LIVE Marketplace. The reveal featured the game’s producer Jun Takeuchi thanking Microsoft before taking off his clothes. (Note: He actually just took off his jacket.) When asked about a PS3 version of Lost Planet 2, Capcom simply said the game’s being “developed for the Xbox 360.” Later, it admitted it was simply “thinking about it.”

So either GameCrazy knows something we don’t, or they’re thinking the same thing we are — of course Lost Planet 2 is coming to the PlayStation 3, silly geese! Capcom has already publicly stated its intent to release next-gen games across multiple platforms, and have so far stuck to its guns. Resident Evil 5, Street Fighter IV, Bionic Commando, and Dead Rising 2 are all headed to (or are already on) the Xbox 360, PlayStation 3, and PC.

Really, why should Lost Planet 2 be any different?