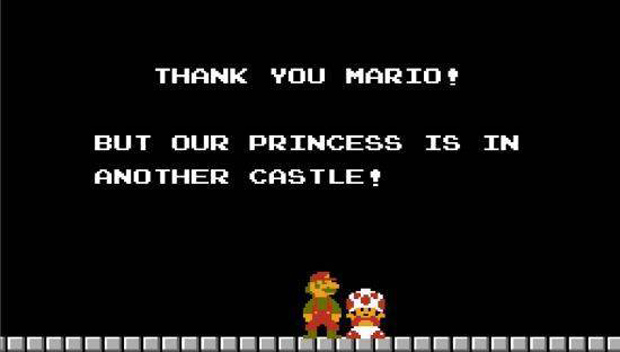 Talk about a nostalgia-fest! Last week had more lengthy bonus question comments than ever before, and I’m pretty sure I read every single one of them. There was so much insight that I even pulled out Wind Waker and replayed through all of it over the past week (I’m beating it after this debate!). So, what was the most legendary Legend of Zelda of them all? Here are the final results:

The rest of the Zelda games had only one to three votes, and were omitted from the list. This week I’ve got an equally difficult decision for everyone to make. Excluding all Paper Mario, Mario RPG, Mario & Luigi, and all other non-platformer Mario games, here are the two questions for you to answer:

And yes, Luigi’s Mansion and New Super Mario Bros. Wii count for this debate. Next week I’ll post the results, and then we’ll do it all over again with the RPG Mario games to keep it fair and more exciting.

Which game do you like the most out of the entire platformer series, and why? What aspects of its game design, gameplay, visual and audio experience made up your mind? Give it some serious thought, share your thought process with all of us, and then get some Super Mario friends to join in on the fun. Hit the jump for new bonus questions and next week’s debate topic!

BQ1. Do you like Mario or Luigi better? Why? (Thanks, EnigmaticHarle!)

BQ2. What is your favorite method of flying in the series? Raccoon suit, cape, winged hat, F.L.U.D.D. water jet backpack, etc. Why? (Thanks, donkeykong!)

BQ3. What is your favorite item, suit, power-up, etc in the series? Why?

BQ4. What is your least favorite item, suit, power-up, etc in the series? Why?

BQ5. Have you grown to like, dislike, or hate that damn Princess Peach who keeps getting captured? Why or why not?

BQ6. What are a few of your favorite levels in the series? Why?

BQ7: What are a few of your least favorite levels in the series? Why?

BQ8. What do you want to see the series do next? Why?

BQ9: This bonus question is in another castle.