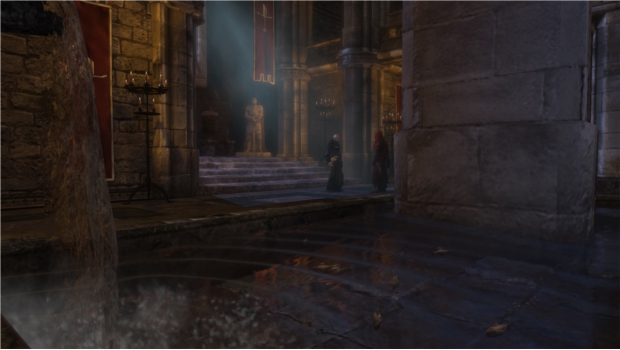 With its TV adaptation and a game on the way, fans of George R. R. Martin’s fantasy series have more than enough opportunity to hate latecomers. I’ve had plenty of conversations that ended with “Wait, you’ve only now heard of this?” followed by a disgusted glare which, surprisingly, is their feeble attempt at hiding their contempt for me. Yes, I’m ashamed to admit that I’m one of those latecomers.

The game’s official site has seen a bit of action in the form of an impressive media dump. The new trailer and screens focus on Riverspring, a waterside town introduced in the game, as well as its ruling family, the Sarwycks. Some fans are none to happy about the invention of a new town, but as one who hasn’t read the series, I’m still pretty curious and might just check it out when it releases on May 15.