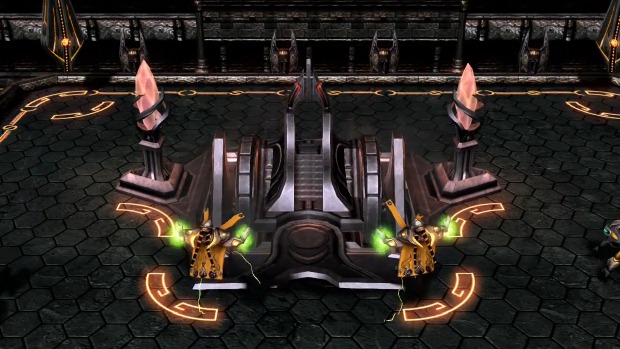 When you play the game of StarCraft, you Zerg rush or you die

Using the StarCraft II Cutscene Editor, YouTube user Tolkfan created the video above, which takes us across the continents of Westeros and Essos in a recreation of the opening sequence for Season 1 of HBO’s Game of Thrones.

The fictional geography lesson begins with the Terrans in King’s Landing, then heads north to Winterfell and The Wall, before finally panning east to Pentos. Bonus points awarded for the dragon-like Zerg near Daenerys’s location and the rings in the beginning that were created using an invisible spinning pineapple.

While this isn’t quite the coolest videogame representation of Westeros, that music always gets me ready for some good old fashioned political intrigue.