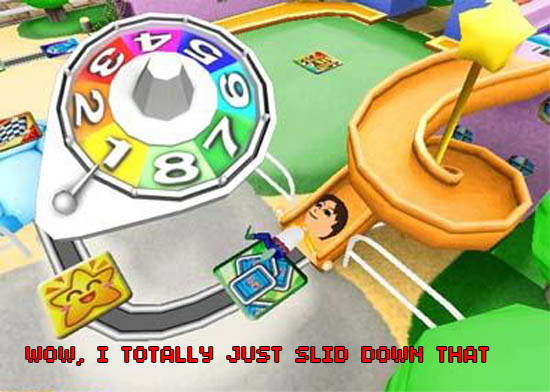 Hasbro’s classic board game The Game of Life (remember that clicky colored wheel?) is making the move to the Nintendo Wii, and Famitsu has some new screenshots from the TOMY developed title. It’s all the fun of the original without the little “people pegs” to accidentally choke on!

It looks like the Life board has been turned into a three-dimensional world that your Mii can move through, although some of the background images look to be more Japan-centric than you might remember.

Some very Wii-like balloon-pumping and barrel-stabbing (what?) minigames are also shown, but it’s not yet clear how these will fit into the gameplay. And where’s the fake money at?

The title is still in development, but is expected to be released later this year in Japan.

[Via Famitsu — thanks, TGD]

Filed under... #Not what I had in mind