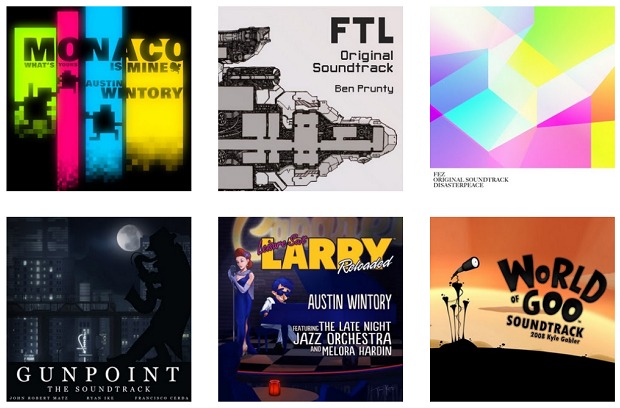 Great game soundtracks for less than a pack of Pop Rocks

Gone are the days when owning your favorite game music required spending exorbitant amounts of money on a Japanese import. I say good riddance (though I still cherish my old Final Fantasy Tactics soundtrack CD). These days, some of the best game music is being produced by independent artists who make their work available for a fraction of what we used to pay.

This most recent Game Music Bundle takes that to an extreme. For just one measly dollar (or more if you are feeling generous), you can have digital copies of the soundtracks for Fez, FTL: Faster Than Light, Gunpoint, Leisure Suit Larry: Reloaded, Monaco: What’s Yours is Mine, and World of Goo. Chip in ten dollar or more and the bundle size triples to include soundtracks like Frog Fractions, Little Inferno, and more.

While I already have several of these, this bundle still seems too good to pass up. Some day, I will be able to resist things like this. Today is not that day.